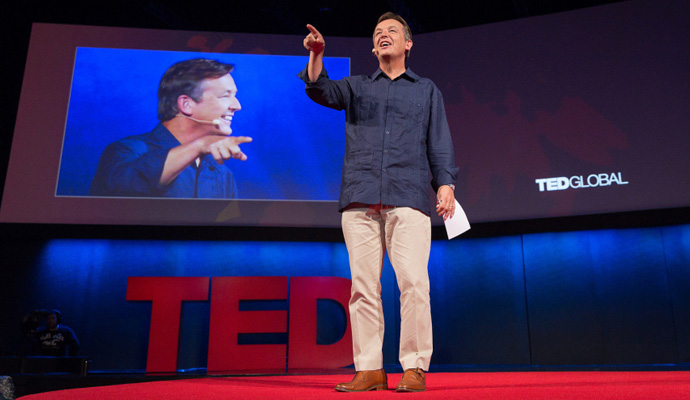 More than a decade after taking the reins of TED, transforming it into a media powerhouse for the public good, curator Chris Anderson is officially putting pen to paper. As just announced on the TED Blog, Chris is hard at work on a forthcoming book, titled Talk This Way! The Official TED Guide to Public Speaking, due out in 2015 from Houghton Mifflin Harcourt.

Here’s the catch, which we’ve heard Chris explain and demonstrate time and time again: There is no one-size-fits-all approach to giving a TED talk. No formula. No secret sauce.

“Indeed, the most annoying talks of all are those that seem to think there is,” Chris is quoted as saying on the TED Blog. “But at the same time, there’s a ton of important advice to offer, including a key metaphor that many speakers find helpful. I’ll offer all the guidance I can, but much of it is in helping speakers to find the type of talk that’s right for them. And by the way, the book isn’t just for TED Talks. It’s meant to be helpful for any form of public speaking or presentation.”

The post goes on to explain, “While we hope that this book will be helpful to you, we also see it as another way to foster TED’s mission of sharing ideas for free to the world. All proceeds from the book — from the advance to sales — will be donated to TED, of course.”