When making it to 40 is a privilege 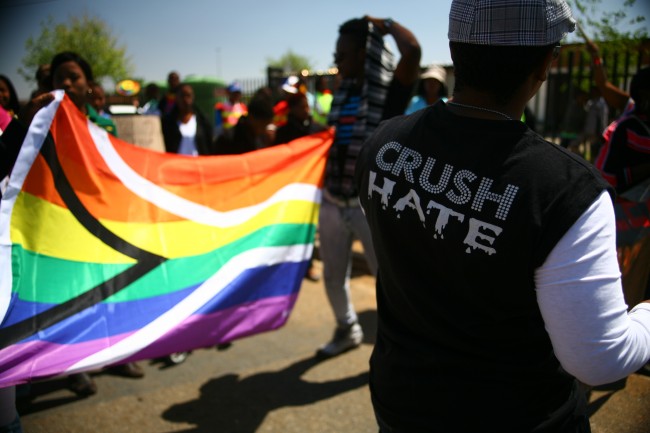 This is a guest post by FRESH speaker Bisi Alimi.

It was the summer of 2014, I was seating in a boardroom, with the air condition on and I was inside sweating. It was a blazing heat outside in the heat of summer London.

That day I was waiting for the board meeting of Stonewall housing to start. I have just been recruited as a board member and I felt really proud to be part of this amazing organization that is doing great work in keeping LGBT* youths off the street and create shelter for them where they can feel at home.

This particular board meeting was not going to be like any other. The meeting will be discussing the latest findings on homelessness in young people (16-25 years) in the UK and specifically LGBT* youths.

The report, which came out, was talking about an epidemic of homelessness among young people in the UK. An epidemic the whole country has either decided to ignore or just think the problem is for someone else to solve.

While I sat at this meeting, I had a flashback to my time growing up gay in Nigeria and my struggle with sleeping rough. It was worse when I came out on national television in 2004. Though I was 29 years old then, I was still barred from my family home.

My father even made it clear to me that I should not expect anything from his “will” unless I marry a woman and deny who I am. Though as an adult with my own house, I felt so alone, and lonely. I remembered many Christmases I had to spend all alone or with my very close friends. I see people going home to their families for holiday and all I do is just hope that one-day again, I will be able to sit around the table with my families and enjoy the essence of love and family.

Though the story is different now, my families are coming around.

With this realization, I didn’t notice tears were rolling down my eyes. However it was not the 1 in 10 that was so shocking. In the Stonewall Housing annual report, 77% of these homeless kids are from Black and minority ethnic groups.

We are kicking our kids out; we are turning our backs on them and rejecting the builder of the future mainly because we could not understand their sexual orientation or gender identity. Homelessness creates a state of vulnerability for this young people and makes them easy prey for malicious adults. Many kids on the street of Britain today are crying out for help and we decided to turn our backs on them while we struggle to save Africa.

Don’t get me wrong: there is nothing wrong with them. However, we have to understand that the concept of charity beginning at home is not just a saying, but a wake up call.

At the end of the meeting, I asked myself what can I do to keep an LGBT* kid off the street this coming winter and not just that, what can I do to make them have a meaningful Christmas, maybe not with their families but with people that love them?

Just then I remember that I can use my 40th birthday for something more humane. I decided that 4 months leading to my birthday in January, I would raise fund for Stonewall Housing and three other charities.

Choosing these charities among the many that I have come to respect and adore was a huge task. I tasked myself to raise £10,000 each for the 4 charities as that would be the best way I would love to celebrate clocking 40 years.

My personal experience turning 40 has shaped my worldview and has helped me to understand that getting to 40 is a privilege and not a right. I attempted suicide at 17, 24, and 28 years respectively because of my sexuality. I was self harming till I was 38 years, I went through a series of depression and many thanks to my friends who stood by me and believe in me.

By age 25, I had lost my best friend to AIDS and by the time I turned 26 years, I had lost more than 15 friends to AIDS in Nigeria. When I came out at the age of 29 years, my one bedroom apartment was turned into a shelter for many gay men who were being kicked out of their homes.

I remember many nights; we could be up to 10 sleeping in a room meant for just one person. Such was my reality growing that you will understand why I see turning 40 years more as a privilege rather than a right. So in order for me to appreciate this privilege, I decided to say “thanks” to life by keeping a young LGBT* person off the street this winter and giving them a chance of a white Christmas with friends.

Deciding to raise £40,000 for these four charities was going to be a huge task as I know many of us are having to deal with the impact of the economic crisis, but I also know that sparing £10 or more to make the life of young gay, lesbian, bisexual and Trans* youth pleasant is not a huge task.

Alongside Stonewall, I am also raising £10,000 for UK Lesbian and Gay Immigration Group (UKLGIG), a charity that has become a respite for many LGBT* fleeing brutality around the world. In 2008, with the help of UKLGIG, I was able to claim asylum in the UK after the attack on my life in Nigeria. Six years after that support, I celebrate my citizenship as a British national, but that wont has happened if services like UKLGIG do not exist.

The Initiative for Equal Rights (TIER) was a project I started with friends a year after I came out on TV and couldn’t support the increasing number of gay men that were rushing to my house for help. Beyond that, I was our own reply to the increasing death within the gay family in Nigeria due to AIDS and the neglect from the government.

Today, TIER work under a very difficult situation and even more difficult is the law that came into effect this year that proscribe 14 years imprisonment for known or perceived homosexuals and 10 years for anyone that register organizations or charities that will cater for the needs of LGBT* people. While TIER still operates in Nigeria, it has had to take its operations underground to protect its staff.

Finally, None on Record, an organization that is training and empowering African LGBT* to digitally document abuses and attacks. Not only that, NOR is also working with media in Africa to change the narrative and reportage of LGBT* issues as a pathway to social change. With increasing homophobia on the continent, we need the work of NOR to set the ground for an effective social change that will lead to liberation for LGBT* in Africa.

Raising £40,000 is a huge task, but it is one I know is possible. I am hoping that you will join me in keeping a child off the street this winter, you will join me in providing support for asylum seekers or even support the work of TIER and NOR in Africa.

Also if the campaign raised more than the expected £40,000, every money raised will go towards setting up an education trust in Nigeria to support homeless LGBT* youth through formal and informal education.

No amount is too small. To give money, please click on my campaign page and join me in putting a smile on someone’s face this winter.