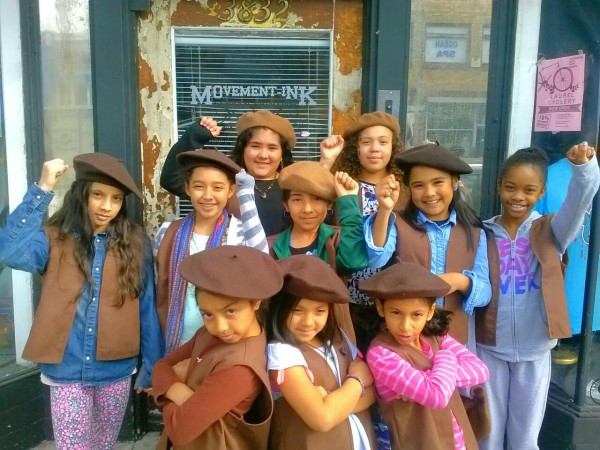 Now this is awesome. An Oakland-based brownies troop, Radical Brownies represents one kind of next generation leadership that we’re really excited to see. Via Jorge Rivas at Fusion:

The founders say once the program expands to multiple chapters the organization will be open to everybody, but the program will always remain focused on young girls of color.

In the Radical Brownies, girls learn about social justice movements such the Black Panthers and the Chicano group Brown Berets. They wear their brown berets in homage to those two groups. But they also study how Disney princesses define girls’ image of beauty, and how that can affect self-image.

The Radical Brownies have their own badge system, including one for “Radical Beauty” and an “LGBT ally” badge. The girls also earned a “Black Lives Matter” badge after learning about police accountability and attending a civil rights march in Oakland.

Man, what we wouldn’t give to see these little revolutionaries on a stage. (TEDYouth or TEDxYouth, perhaps? Just sayin’.)