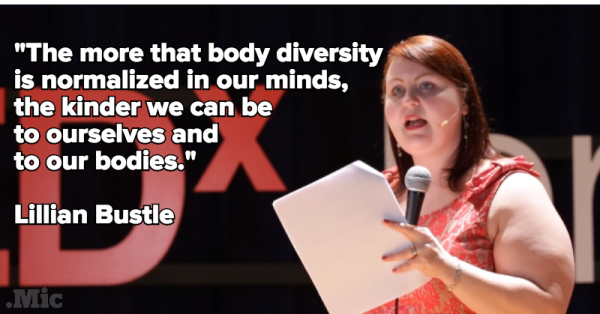 This week’s Weekly ReFRESH shares reflections on Walter Scott’s murder, increasing diversity online and at the ballet, and some hard truths on the status of the literary industry.

Although we may think tech is for everyone it can actually be more excluding than it is including. In his TED Talk, Jon Gosier, a TED Fellow and tech investor, proves that true innovation strives to include everyone.

Michelle Obama breaks down and discredits every stereotype about Black women in her inspiring speech at the Black Girls Rock awards.

Just a few years ago there were a total of zero shoes about trans women on television. Now there are going to be seven and the future of television is looking pretty rad.

In a typically white-washed industry, the Washington Ballet is committed to focusing on diversity this season. First up, the incredibly talented Misty Copeland will be dancing the role of Odette in Swan Lake, making her the first black woman to ever do so.

It’s clear to see that YouTube has some diversity issues of its own.

This week marked the killing of yet another unarmed Black man, Walter Scott, in South Carolina. A few of our speakers responded to this injustice:

Jay Smooth illuminates the lack of systems we have in place to hold police officers accountable when they abuse their power.

Brittney Cooper acknowledges that although charges have been brought against the police officer who murdered Scott, justice will never be served in a culture that “facilitates the taking of Black lives”.

So what’s the solution? Mychal Denzel Smith thinks we should abolish the police.

This self-identified fat woman schools us in the ways we talk about body image. Julie Zeilinger explores what body positivity really means in her latest article in Mic.

The annual VIDA Count released the latest numbers of women in the literary world this week, and for the first time ever, included an account of the number of women of color. Revealing bleak percentages, Jamia Wilson talks privilege and power in the Women of Color Count introduction.

Bisi Alimi fires back after Nigel Farage’s homophobic comments regarding HIV positive immigrants in the UK.

From remaining your authentic self to finding a mentor, Zerlina Maxwell gives us some positive takeaways from ESSENCE’s Black Women at Work panel.

Latoya Peterson takes us into the mind of Carl Jones, the executive producer of Black Dynamite, in this interactive “mental map,” exploring his inspiration and influences.