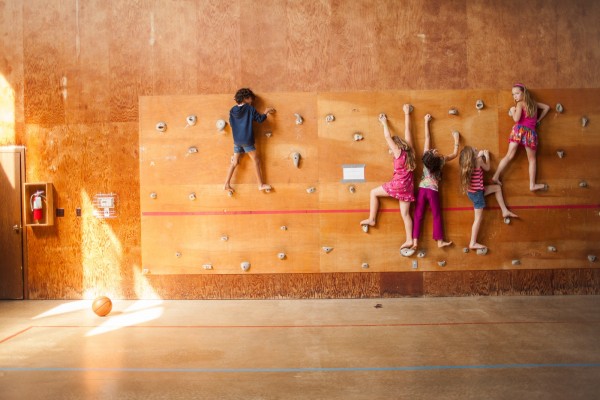 This week we’ve got truths about male privilege, trailblazing women in tech, and a guide on how to talk about a woman running for president.

Seven TED talks on being transgender.

Some of Hollywood’s most powerful women, including Taraji P. Henson, Viola Davis, and Jessica Lange, drop knowledge on sexism, race, typecasting, and diversity in the industry.

#BlackLivesMatter needs money, but donations may come at price.

Although Apple is claiming it took a step forward in diversity (yay for adding one female speaker to a conference!), the diversity statistics for the company haven’t changed at all.

Black and white cast members from Orange is the New Black were featured on separate magazine covers this month, calling into question ideas of white and black femininity and sexuality in the media.

Sarika Bansal’s Bright, a publication about education innovation, featured a summer camp where all kids can just be kids, whether they are gender conforming or not.

Jay Smooth’s latest video on Fusion, featuring FRESH speakers Samhita Mukhopadhyay and Zerlina Maxwell, explains what not to do when covering a woman running for president.

We’re so proud of Dena Simmons for being named the Arthur Vining Davis Aspen Fellow for the 2015 Aspen Ideas Festival.

With all of the negative attention surrounding a lack of women in tech, Ann Friedman honors some powerhouse women who are rocking the tech world, because yes, they do exist.

And here’s another example of a badass woman in tech: Krista Donaldson’s D-REV was featured on Mashable’s list of “Tech That Inspires and Empowers”.

Chris Downey was featured by the American Institute of Architects as a designer who lacks sight but is not without vision.

Facebook’s instant play feature for videos is not only non-consensual, but can also be traumatizing. Sarika Bansal explains why when it comes to videos of police brutality she wants Facebook to change its newsfeed.

Jamia Wilson and four other powerful feminists give some sound advice on how they deal with trolls.

Brittney Cooper discusses the brutal beating of a young girl in McKinnley Texas as yet another example of “America’s war on Black girls”.

Latoya Peterson challenges the dudefest narrative of gaming by proving that female gamers are much more than the harassment they face. Also, look out for her upcoming series on Fusion; “Girl Gamers: A story worth telling”.

Even as one of the most powerful women in the sports world, Serena Williams still can’t shake sexism and racism. Julie Zeilinger explains in Mic.