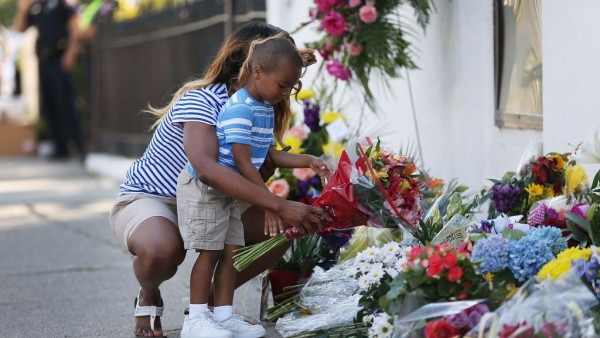 This week, our hearts and heads have been in Charleston…

There are the 9 other names that we should be saying instead of Dylann Roof.

Six black women were taken from us in Charleston, making it all the more important to #SayHerName and recognize that black women’s lives are not disposable.

Co-sign: The confederate flag endorses white supremacy and it needs to be removed, says Ta-Nehisi Coates.

This shooting is not about mental illness. Dylann Roof and his actions are a product of America.

We all know what the motivation for these murders was, so why are we calling it anything else?

In such dark times, Mother Emanual Church’s historic resiliency against hate gives us hope that this institution will remain a beacon of light.

Maybe if we called the Charleston shooting what it really is, a product of racialized terrorism, we would be able to prevent it from happening again. Zerlina Maxwell on what drove Dylann Roof to kill.

Latoya Peterson gives us 20 pictures of healing, hope, and perseverance from Charleston.

Sarika Bansal was interviewed about her pop-up publication on education innovation.

Bisi Alimi is giving us a new YouTube series, Bisi in Conversation, in which he’ll feature some of the movers and shakers you won’t see on mainstream media.

One of our co-founders, John Cary, on how his daughter is his best creative partner in crime.