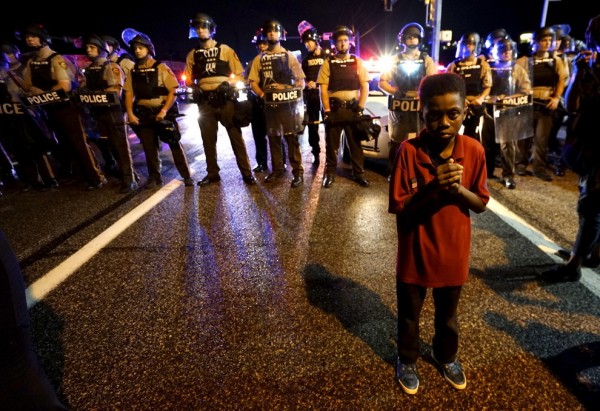 In this week’s edition we’ve got, a trip back to Ferguson on the anniversary of Mike Brown’s death, the awkward position of justifying one’s own blackness, and how anti street harassment work values men’s emotions over true empathy.

Public speaking is America’s number one fear, coming in ahead of heights, bugs, snakes, and needles. Here are four tips to help quell your nerves.

Black reporters are continuously being put in the traumatic and triggering position of having to report on black death. Gene Demby investigates how this feels and what methods can be used to survive it.

The importance of those with autism spectrum disorder to communicate their vastly rich inner lives.

When it comes to the “great white problem” in the newsroom, here’s the good, the bad, and the absent.

Some folks are having a hard time accepting that blackness isn’t monolithic and that it doesn’t look the same for everyone. This week, Shaun King was forced into the uncomfortable position of justifying his own blackness.

The most unlikely bedfellows, President Obama and the Koch brothers have oddly united over one key American issue: overcrowded prisons.

Why many young, black, radical folks may not vote in the 2016 presidential election, and rightfully so.

How Hillary Clinton and Bernie Sanders keep getting it wrong. White America needs a change of heart because we don’t just live within the system, the system lives within us. Brittney Cooper’s latest for Salon.

Tinder is yet another space for men to objectify women. But as Samhita Mukhopadhyay points out, this platform isn’t the problem, it’s societal sexism that allowed it in the first place.

Why does the trans character always have to be the villain? Zerlina Maxwell highlights how the trans reveal in Pretty Little Liars is not only, cliche but also damaging.

Dena Simmons shares her powerful poem, ‘Subway Prayer,’ with On Being.

One year after Michael Brown’s death, everything and nothing has changed. Mychal Denzel Smith’s latest for BuzzFeed, takes us on a journey through Ferguson.

Why do men have to imagine a harassed woman as their sister or mother in order for the injustice to resonate? Julie Zeilinger illuminates how this narrative re-emphasizes the man’s experience while de-centering the woman’s.

Latoya Peterson reveals how the movie “Straight Outta Compton” embodies a struggle that most hip hop heads face; reconciling our favorite groups within our most feminist and progressive selves.