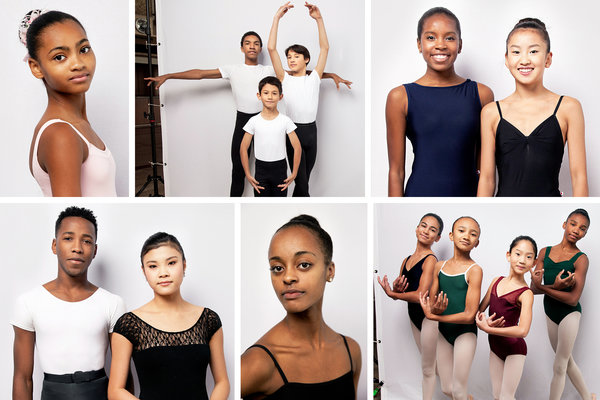 In this week’s reFRESH we’ve got a series that has us in our pre-teen feels, a check on allyhood, and one conversation that fulfills all of our feminist fangirl dreams.

The only black engineer in a leadership role leaves his position at Twitter and everyone’s left wondering how a company whose usership is 27% black can still be so white.

Salesforce tries to do the right thing by making a $3 million adjustment towards pay equality. Now the focus can turn to the company’s number of male workers, which still sits at a whopping 77 percent.

Google gives $2.35 million to orgs fighting for racial justice and, for once, the tech industry gets it right. Now wouldn’t it be nice if there were tech triumphs like these more often?

FYI: Women have a right to exist safely in digital spaces. But when this isn’t guaranteed, you can use this awesome DIY guide to feminist cybersecurity.

Misty Copeland was a pioneer in the dance world, but now the push for diversity in ballet is about training the next generation.

Attention all allies: if you check a troll and no one is around to hear it, they still make a sound. Black Girl Dangerous puts white people’s need for public validation in its place while coining our new favorite phrase: “ally theatre”.

These organizations are proving that you can bring together folks with opposite views on a singular issue and create endless possibilities.

This week, Latoya Peterson was busy being a badass: the second episode of her Girl Gamer series was released and she was featured in Ebony magazine.

Emma Watson and Malala Yousafzai have a conversation about feminism it’s as incredible as you might imagine. Julie Zeilinger fulfills all of our fangirl feminist dreams in her latest for Mic.

Samhita Mukhopadyay’s letter to her younger self has us all up in our pre-teen feels. Make sure to check out the rest of the sex ed series on Medium’s Bright edited by another one of our speakers, Sarika Bansal.

John Cary proves why the National Design Services Act is important, but also needs to be rewritten.