The Weekly reFRESH: No pregnant speakers allowed and the danger of Donald Trump 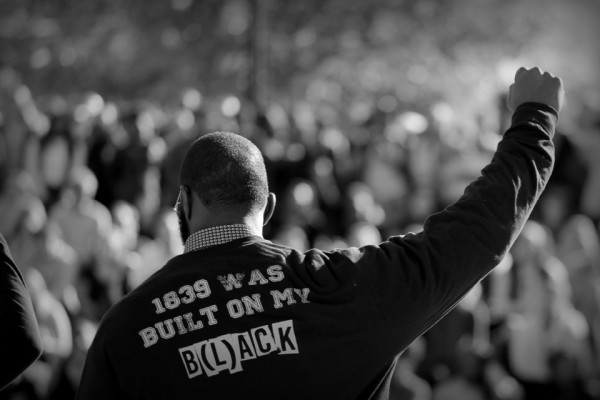 This week we’re sharing the consequences of Donald Trump’s outrageously offensive comments, an excellent piece on white guilt, and a little pick-me-up as we reflect on 2015.

It’s safe to say that 2015 was filled with a lot of horribly awful events, but if you watch a year in reflection from TED you’ll be reminded that even when there’s darkness, there is always light too.

This is a must-read: Eula Biss’ piece on the creation of whiteness, the guilt it brings, and the debt of racism it creates is hands down one of the best pieces we’ve ever read on the topic.

Um, really? This pregnant scientist was booted from speaking at a conference because they didn’t want her to “risk her health”.

The time has come to throw reform language around gun control out the window. We’re ready for radical change.

Function and aesthetics meet in this beautifully designed seawall on the Canadian coastline.

Simply offering access to people historically excluded from universities is not enough. The legacy of these histories must also be addressed.

Newsflash: Gender and racial diversity are especially important when it comes to the media.

The latest from our speakers….

As the first transgender congresswoman in South America, Tamera Adrian’s gender is not even legally recognized by the state. Julie Zeilinger highlights why this congresswoman is a certified badass.

What does Beyonce have to do with feminism? Everything. Jamia Wilson reignites our love for Queen Bey in her talk for The National Museum of Women in the Arts.

Brittney Cooper’s latest for Salon takes a closer look at Donald Trump’s enraging comments. We may be poking fun at him now, but in his game of white fundamentalism against people of color are the real casualties.

We couldn’t be more excited for Krista Donaldson and the whole D-Rev team whose prosthetic leg, the ReMotion Knee, just hit the market and is now available for sale around the world.

Yesterday was Human Rights Day, and there’s much to commemorate. Check out Bisi Alimi’s talk that he gave this day last year at The Daily Beast’s Quorom conference.