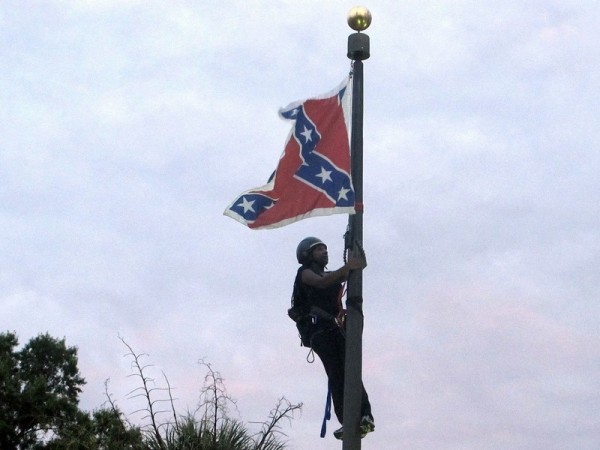 There’s no getting around the fact that 2015 was an intense and often difficult year. Yet, from that trauma, many leaders and pioneers fought for and demanded a more just world. And there were plenty of triumphs and achievements to celebrate. We’ve gathered 10 moments that we believe embody the accomplishments of 2015; a year that pushed boundaries, broke barriers and brought us closer to the change so many of us want to see.

In this viral YouTube video, Amandla Stenberg swiftly broke down how making black culture “cool” and “edgy” isn’t cultural exchange; it’s appropriation. We can’t wait to see what this next-gen thought leader does in 2016.

After the campus protests at the University of Missouri and the subsequent resignation of Mizzou’s president Tim Wolfe, black students at universities across the country rose up to stand in solidarity.

You know those speeches that make you cry because you just can’t contain all the good feels? Well, Viola Davis’ Emmy acceptance speech as the first black woman to win Leading Actress in a Drama Series is one of them. Watch it for yourself and bask in all the glory and magic that is Viola Davis.

As the Black Lives Matter movement began to grow, there seemed to be a lack of accountability around the experiences and deaths of black women. The #SayHerName campaign changed this. While raising awareness of those black women’s lives that were tragically lost to police violence, it also changed the conversation around the intersectional effects of racial and gender injustice. And if you want more chilling details on many ways we lose black women to gun violence you can read Brittney Cooper in Salon.

After the heartless murders of nine black churchgoers in South Carolina, many were outraged that the Confederate flag was still flying outside of the South Carolina statehouse. In the midst of this controversy Bree Newsome decided to take matters into her own hands. In the most badass move, she scaled the poll, pulled down the flag, and made a historic statement on racism in our country.

The same week the Confederate flag was pulled down, another incredible victory was won. Gay marriage was officially legalized across the United States. In a year that was filled with so much strife, this had to be one of the greatest weeks of 2015. And did we mention that it was women who got this amendment passed (5-4)? (Another reason why we clearly more of them in leadership positions…just sayin’.)

When asked why it was so important that his cabinet was gender balanced, his response was simply, “Because it’s 2015.” We couldn’t have said it better ourselves.

It’s no surprise that 2015 was a year our justice system continued to fail people of color, especially in the face of police brutality. That’s why when Daniel Holtzclaw, a police officer who was accused of sexually assaulting 13 black women, was actually convicted it was a huge victory, not just for these women, but for justice everywhere.

Misty Copeland became a role model for a whole new generation of ballerinas when she was named the first black principal dancer in the history of the American Ballet Theatre.

It was a pretty big deal when The New York Times decided to run an editorial about gun violence on the front page of the newspaper. Although this coverage was a great win for gun reform, we’re still waiting to see if this kind of media will gain political momentum in 2016. Fingers crossed big changes are ahead.