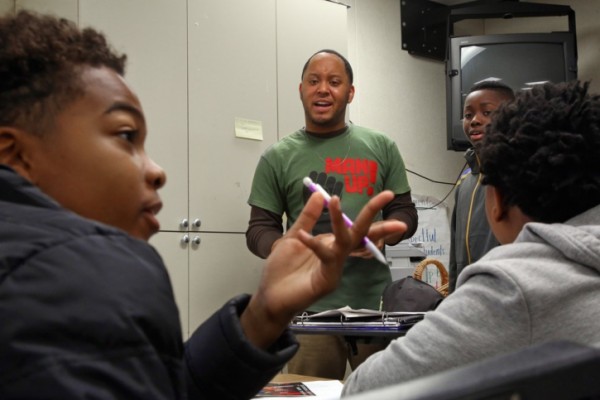 This week’s reFRESH includes a look at what we remember and forget from Black history, a digital space for self-care, and the collective brilliance that results from two of our FRESH crew sharing a stage.

It’s important to not only remember the political achievements of the past, but also to shine light on those who never made it in the history books. Black History Month is the perfect time to raise awareness for those unsung heroes.

This interactive timeline places current political activism on campus’ within the larger context of black history.

An Afrocentric twist on education, and an emphasis on brotherhood helps elevate the academic game for young black boys in Oakland.

Awesome campaign of the week: paid leave for parents in the United States.

White women can’t keep blaming the diversity problem in tech on men. Yes, white men are steeped in privilege, but women can be complacent in white supremacy too.

Reshma Saujani continues to shine as a tech shero in her interview on The Daily Show.

Mychal Denzel Smith and Brittney Cooper both appeared on the Schomburg stage this week debating respectability politics. And they killed it.

Shout out to Latoya Peterson on her new gig on The Undefeated editorial team at ESPN.

The same week that Hillary Clinton campaigned in a black church, Bernie Sanders shared the stage with Cornel West. As Jamil Smith points out, each of these alignments is appealing to two very different black audiences.

Ann Friedman, has been cast as the workplace ‘bearer of bad news’, and she’s not the only one.

Emily May and the Hollaback! team have created a digital space for self-care that we could all use.

Leading by example, Dena Simmons’ mother taught her that there’s no excuse when it comes to conquering obstacles.

Sexist dress codes aren’t just oppressive to young girls, they affect everyone. Julie Zeilinger shines the spotlight on a group of boys who proved just how limiting and normative these rules can be.