Highlights from TED2016 and Justice Scalia’s legacy — The Weekly reFRESH 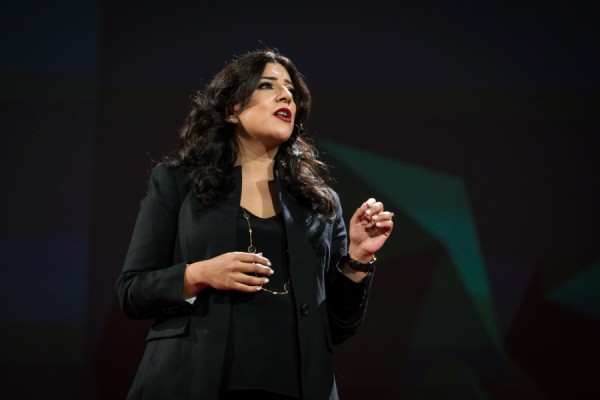 This week we’ve got some goodies from TED2016, Hillary Clinton gets intersectional, and one of our speakers on the legacy that Justice Scalia left behind.

Recently, both Kendrick Lamar and Beyonce made revolutionary statements on mainstream stages. Yet the criticism that swiftly followed Beyonce’s performance, and seemed to pass over Kendrick’s, proves just how powerful misogynoir really is. (Curious what misogynoir is?)

A group of women in Reno is committed to training future lady bosses. Could their org be be the new Girls Who Code for young entrepreneurs?

On one of our favorite podcasts, Another Round, Wyatt Cynac discusses the the responsibility placed on POC to talk about “diversity,” and why it’s time for white folks to pick up the slack.

The use of stories in history classrooms not only rewrites what we remember, but also how we remember.

Emma Thompson had the most epic response to #OscarsSoWhite.

This lawmaker’s response to anti-abortion measures is golden: she’s proposing a bill that would require men to get a signed permission from their wives before obtaining Viagra.

ReFRESHing Talk of the Week: At this week’s TED2016 conference, Shonda Rhimes takes us on an emotional journey through her “year of yes.”

In their TED2016 talks, Michael Murphy and Bryan Stevenson explain how they’re breaking the silence around America’s racial history, and why it’s so important to visually memorialize the atrocities of our past.

Jamil Smith’s first piece for MTV News is about the damaging legacy that Justice Scalia left behind.

As the Bernie team builds apps to maximize efficiency, Catherine Bracy says that the potential payoffs are questionable.

Jackson Bird honored this Valentine’s Day by waffling his own heart, and it was just as bloody as it sounds.

Hillary Clinton gets intersectional on the latest episode of Jamil Smith’s podcast.

Male students assume they’re smarter than female students even when their GPAs say otherwise. Julie Zeilinger explores the consequences of this depressing reality.

Labeled ‘Nigeria’s most famous gay activist’, Bisi Alimi, talks to i-D magazine about his coming out journey and why this led to his activism.