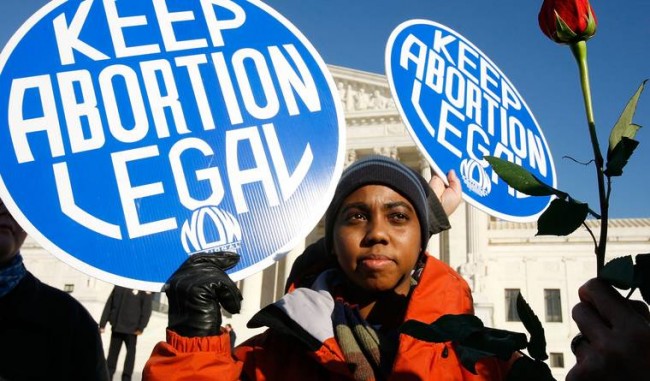 This week includes the war against female autonomy, why Black History Month may be over but the work of amplifying Black voices is not, and how Hillary Clinton is held to a higher standard on race.

Lupita Nyong’o and Trevor Noah discuss the subtlety of diversity challenges in Hollywood over bagels and omelets, and it only makes us love them more.

A huge disappointment this past week: Apple investors rejected the proposal to create more inclusivity in the company’s leadership.

Speaking of, venture capitalists (those who decide which start-ups actually take off) may be even more pale and male than tech company employees.

The director and co-writer of the new Ghostbusters film, Paul Feig, shows us what true allyship looks like.

The faces of American power are just as homogenous as you would think.

This heartfelt letter to Melissa Harris-Perry speaks to the intellectual gap that her show will leave behind.

ReFRESHing talk of the week: What does the university of the future look like? Fred Swaniker is reimagining a hybrid educational system for Africa and beyond.

Black History Month is over, but learning about black experiences shouldn’t be. Dena Simmons offers tools for teachers to integrate Black voices into curriculum.

Now that it seems Bernie Sanders won’t be the Democratic nominee, Jamil Smith thinks he should focus his energy against Trump, instead of doubling down on Clinton.

Zerlina Maxwell bravely stood with Lady Gaga and other survivors of sexual assault at the Oscars.

Krista Donaldson is featured in this article about how to design with customers, not for them.

So proud to see Mychal Denzel Smith on this list of the 100 most influential people in Brooklyn culture.

Julie Zeilinger introduces us to the woman behind the Supreme Court case that could change the game for abortion.

Jamil Smith published the letter Melissa Harris-Perry sent to her staff on her refusal to go on her MSNBC show.

Brittney Cooper weighs in on the election, discussing how Hillary Clinton is held to a higher standard on race politics.

Reshma Saujani keeps it real in her interview with Elite Daily.

Ever wonder what will happen when robots take over? The New York Times has an answer with a quote from Natalie Foster.

Bisi Alimi asks us to examines the impact of religion on the LGBT community.