How does one design equity? — The Weekly reFRESH 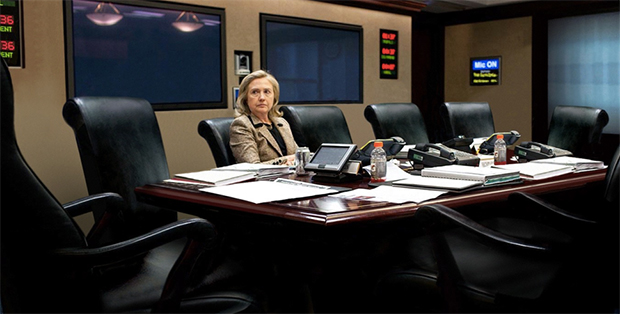 This week we’re sharing the way Chicago got under Trump’s skin, what happens when you remove all men from political images, and a young college student who made the institution of debate debatable.

An artist photoshopped all the men out of political images and the results show exactly why we still need feminism.

Syd tha Kyd and her band The Internet are making room for queer black weirdos.

When the roots of a system are inherently exclusionary, does the diversity of participants even matter? This week on Radio Lab, the first all-Black debate team takes on the elite system of debate.

This “diversity consultant” is speaking the language of Silicon Valley and tech bros are listening.

Even though virtual assistants are almost always female, most can’t find solutions to problems that affect women. It’s time for tech companies to start addressing the male-centeredness of technological design.

Michelle Obama gets personal about girls education around the world.

ReFRESHing Talk of the Week: What does the future of solidarity look like? This radical panel explores the potential for a multicultural movement that can help win collective liberation.

Jamil Smith reports on how Chicago got under Trump’s skin.

Speaker Spotlight: Liz Ogbu is an architect who doesn’t design buildings; instead, she designs opportunities for equity. As one of the few African American architects in the country, she’s breaking down barriers left and right.

The problem of online harassment isn’t getting better. Julie Zeilinger asks, when will it end?

Jamia Wilson and other women bravely reveal the impact of online harassment, while their panel at SXSW was just another place for men to ignore women.

A huge congrats to Bisi Alimi, who was recognized by the British Council as a champion of freedom, equality, and LGBT rights.

Silicon Valley is just a young boys club of money and resources. Sarika Bansal’s, The Development Set, wonders what would happen if that wealth and those resources were spread?