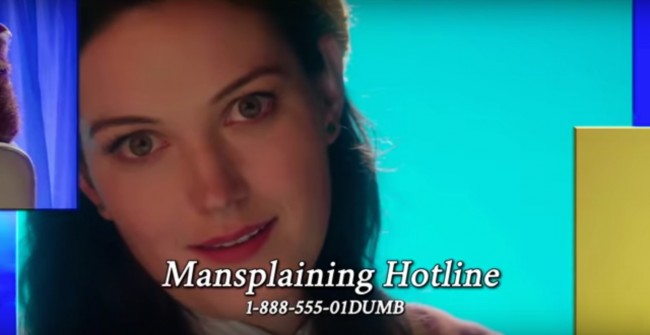 This week we’re sharing a new vernacular where Black girl is a verb, a question about who gets to lead the conversation on “culinary colonialism,”  and the limitations of visibility politics for trans* folks.

These up-and-coming activists–all of whom boldly live their truths–inspire and excite us for the future.

Salaam Bhatti was the token male at a women’s event and this is what he learned.

Is it racist to cook food from other cultures? When the answer to this question is always led by white folks you don’t get to the root of the problem.

This is what wage-discrimination looks like: The U.S. men’s soccer team gets paid more to just show up than the women’s team gets paid to win championships.

Looking for a place to rant about football or men’s rights where you won’t be interrupted by a know-it-all feminist? This Mansplaining Hotline is the place for you! And for those who aren’t sure if they should mansplain or not, check out this flow-chart from our very own, Julie Zeilinger.

ReFRESHing talk of the week: Johanna Blakley asks, what makes folks feel like they can make a difference in ending global poverty? They believe individuals are capable of making a change.

Speaker Spotlight: As someone who has built a career on celebrating what makes us different, unique and weird, it’s pretty hard to classify someone like Jessi Arrington. Her work pretty much speaks for itself.

Although Trump supporters are entitled to their vote, they are not entitled to Jamil Smith’s respect. Here’s why.

What does it mean to Taraji a situation while you watch someone Gabby? Brittney Cooper explains a new vernacular where #BlackGirlIsAVerb.

On #TransDayOfVisibility Jackson Bird explains the limitations of this hashtag and why those who are rarely seen are the most at-risk.

Ann Friedman reminds us that “women in politics” is not actually synonymous with Hillary Clinton. In fact, there are literally hundreds of other women running for key positions in office.