Dirty debates and the dark side of comments — The Weekly reFRESH 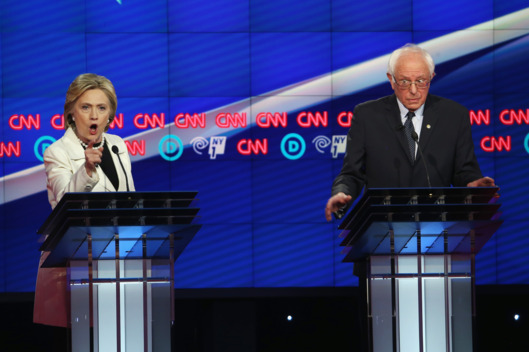 This week we’re reading about the nasty in last night’s debate, a new version of fatherhood, and why the pay gap problem begins in middle school.

Did you watch the Democratic primary debate last night? Rebecca Traister on how the competition between Hillary and Bernie has been taking an ugly turn.

Constraints around masculinity are lessening, and with that comes a new definition of fatherhood.

It’s time to unravel the myth of the monolithic black vote.

Props to the two courageous women who initiated Salesforce’s salary audit. But we’re still left wondering: when will the onerous task of seeking pay equity not fall on the back’s of women and people of color?

This in depth look at online trolls, exposes the very real emotional, professional, and personal consequences behind the phrase ‘don’t read the comments’.

A simple redistribution of resources won’t solve income inequality. Cultural values of worth and work must also be changed.

ReFRESHing Talk of the Week: Annie Griffiths proves the power in photography as a medium for change, because as she says, “If we want women to be valued, we have to show their value.”

How do we fight back against trolling and create an Internet where women and people of color can feel safe and heard? Jamia Wilson believes it begins with more research.

What’s Zerlina Maxwell’s message to millennials? If you supported Obama, than you should be supporting Hillary Clinton.

Tiq Milan and his wife Kim Katrin Milan get personal about their evolving relationship to identity, community engagement, and resilience.

The sexual assault movement has been around for centuries (yes – centuries!). Julie Zeilinger shares six facts you need to know about this prolific movement.

Speaker Spotlight: As our resident Captain Badass, Asha Castleberry certainly lives up to her title. With a recent 30-month deployment in the Middle East under her belt, she’s a woman who isn’t afraid to lead.

Dena Simmons comments on the impact and limitations social-emotional learning has inside and outside the classroom.

We’ve got a newly designed newsletter! And boy, is it pretty. See what the fuss is about and get the reFRESH in your inbox each week — along with the occasional “10 tips” list for public speakers and event organizers, and periodic updates on what we’re up to.