Vulnerable Visibility and Why Girls Can’t Code — The Weekly reFRESH 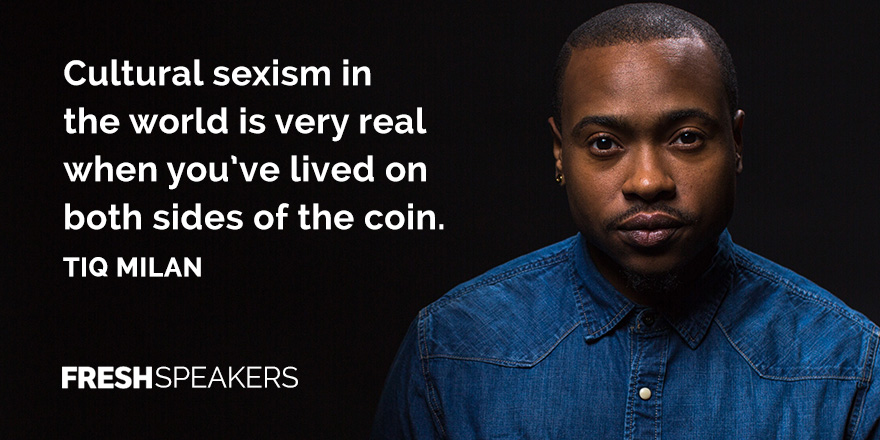 This week, we’re crushing on Amandla Stenberg, listening to the best playlist to a book ever created, and learning about what trans people actually do in bathrooms. (Psst: what everyone else does.)

We could not be more obsessed with this #StarringConstanceWu hashtag that imagines the “Fresh Off The Boat” star in top Hollywood films.

Girls who can code also have a really amazing sense of humor.

With a presidential election that is awakening racist rhetoric, black art is on the rise and unconcerned with the emotional wellbeing of white folks. A compelling take in The Guardian from Syreeta McFadden.

ReFRESHing Talk of the Week: The amazing Amandla Stenberg on coming to terms with her activism.

Brain Pickings provides this gem from Audre Lorde today on transforming silence into language and action: “That visibility which makes us most vulnerable is that which also is the source of our greatest strength.”

The latest from our speakers:

Guys. GUYS. Mychal Denzel Smith has created a playlist to go with his book. (Also, have you pre-ordered it?)

Ann Friedman asks an important question in a world where it’s so common for sexual assault offenders to go free: What do we owe survivors when courts fail them?

For the New Yorkers in the house: WAM!NYC Gender Justice in the Media Conference is coming up, and it’s going to awesome – especially because WAM! Executive Director Jamia Wilson will be there. (Among so many others.)

Jackson Bird is adorably charming and funny (per usual) in this awesome new video series, “Sitting in Bathrooms with Trans People.”

Also, to mark his first year of transitioning, Jack wrote a 365 word poem and took each day of the year to recite it on this video. The result is beautiful.

FRESH partner Courtney Martin takes a deep dive into what children can teach us about death.

A striking reminder from Bisi Alimi in The Guardian: LGBT decriminalization is critical to defeating HIV.

Jamil Smith’s latest at The Racket answers a question we’re all thinking about: Why is the election so damn long?

Tiq Milan weighs in this TIME Magazine piece on what trans men see what women don’t: “Cultural sexism in the world is very real when you’ve lived on both sides of the coin.”

Should sexual offenders get “scarlet letters”? Julie Zeilinger and other bright minds weigh in.