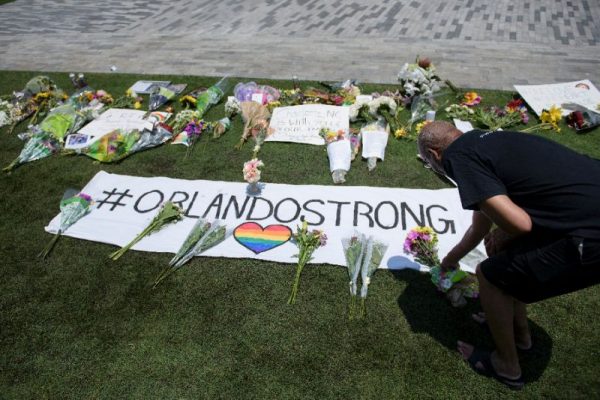 This week we’re both mourning and reading: about the depth of gay bars as sacred spaces, the simultaneous consumption and destruction of Black men in America, and why Hillary Clinton must grow even louder in discussions about race.

Anderson Cooper’s emotional tribute to the victims of Orlando really made us lose it. Read more about the lives of those that were lost.

After Sandy Hook, we said “never again” to another mass shooting, but it did happen again, 1,000 more times to be exact.

Why gay bars are sanctuaries for queer people.

Our country has allowed “impulse massacres to become a continual and permanent fact of American life.” The answer is simple, if you don’t want mass murderers to feel empowered to kill, stop making access to guns so easy.

Schools are nearly just as segregated today as they were 50 years ago. So what does this mean for a parent picking a school for their Black child?

ReFRESHing Talk of the Week: How barbershops can keep men healthy.

The recent mass shooting in Orlando reminds us that the threat of terror is very real and extremely unpredictable. But Mohamed Ali asks us to not live in terror because terrorists capitalize on our fear.

We’re celebrating the publication of Mychal Denzel Smith’s book, Invisible Man, Got The Whole World Watching. Check him on Comedy Central’s The Nightly Show, and in an interview with Brooklyn Magazine, where he discusses the simultaneous consumption and destruction of black men in America. (And why his book seeks to challenge that narrative.)

If you think women aren’t in podcasting, then you’re living somewhere under a rock. Check out this list of boss ladies in the podcasting world, including Ann Friedman. (And if you haven’t already, subscribe to Ann and Aminatou Sow’s amazing podcast, Call Your Girlfriend.)

We’re so proud to see Liz Ogbu featured alongside Beyoncé (!!!) on the Yerba Buena Center for the Arts’ list of 100 inspiring creative minds, makers, and pioneers.

Democrats have a history of ignoring race. But because the Black vote is so important — and because Donald Trump is such a loud bigot — Jamil Smith thinks that Hillary Clinton’s talk about race should grow even louder.

The Clinton-Sanders race underscored a split in the Democratic Party for various reasons: from race to gender, class and ideology. So why the split, and what makes it important? This roundtable discussion delves into the answers, with Mychal Denzel Smith, Jill Filipovic, David Simon, and more.

In an interview with Interior Design magazine, Chris Downey discusses his work with San Francisco’s LightHouse for the Blind and the magic of multisensory environments.