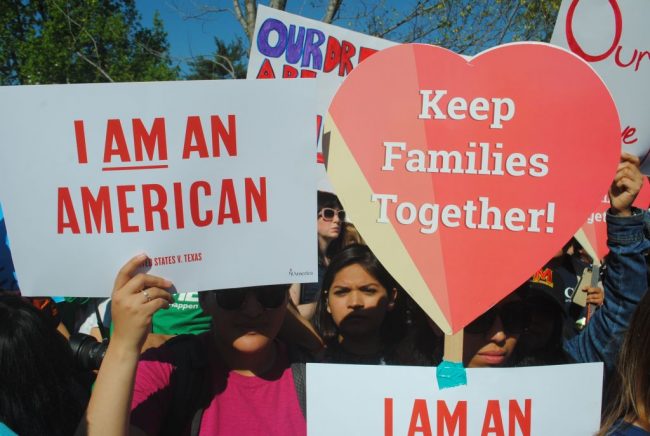 This week, we’re continuing to grapple with America’s gun problem (including locating the real weapons of mass destruction), learning what it means to heal as a Black man in America, and taking a closer look at how we talk about race.

To say this inside look into private prisons is haunting would be an understatement, but at the very least it puts the newest season of Orange Is the New Black to shame.

You don’t wanna F with Rep. John Lewis. His resume alone will tell you that he has no time for your shit.

The Supreme Court upheld affirmative action and the idea that white people always deserve to be first in line took a serious blow.

But with this great step forward, we also took a giant leap backwards. Later in the week the Supreme Court ruled that they will ban access to work permits for millions of immigrants.

After the tragedy in Orlando, Frank Ocean penned a moving letter about homophobia and violence.

Try to scroll through this graphic and you’ll understand America’s gun problem.

The long history of immigration in Britain gives some context for the xenophobia Brexit win.

This excellent interview series from The Seattle Times dives deep into the words we use when we talk about race.

ReFRESHing Talk of the Week: After Orlando, we think it’s a good time to remind ourselves that “ISIS has as much to do with Islam as the Klu Klux Klan has to do with Christianity.”

The biggest enablers of gun violence wear ties and serve in our government. Jamil Smith isn’t beating around the bush in his latest for MTV.

When we don’t see people in all of their beautifully complex humanity, we not only strip them of their story, but also of their agency. Courtney Martin, asks us to axe caricatures in storytelling.

Black men in America are surviving insurmountable amounts of violence, but at what cost? Mychal Denzel Smith speaks from personal experience about the pain that comes from being taught you must “stay strong.”

One of our co-founders, John Cary is starting a conversation about fatherhood that we rarely ever hear.

On Call Your Girlfriend, Ann Friedman and Aminatou Sow reflect on The United State of Women Summit and the tricky business of “empowerment”.

Speaker Spotlight: It’s pretty rare to meet a neuroscientist who can explain how way the brain works without making your brain hurt. That’s just one of the reasons Daniel Colón-Ramos is the kind of scientist we can get down with.

The homophobic mass shooting in Orlando reminded Bisi Alimi of the constant threat of violence he feared while living as a gay man in Nigeria.

Jimmie Briggs is telling another side of the story in Ferguson Missouri with his new project The Ferguson Moment.