A DNC Week of Firsts — The Weekly reFRESH 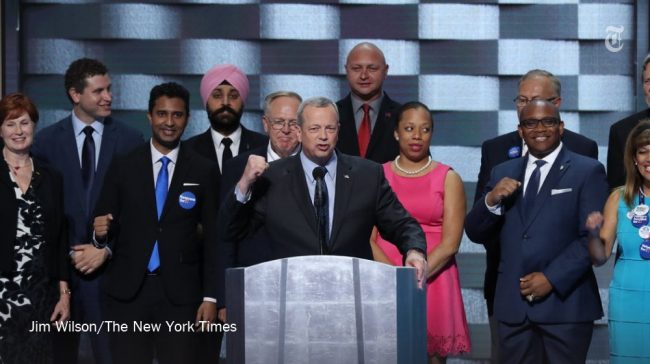 This week we’re embracing lots of firsts, basking in the glory that is Michelle Obama, and dealing with the enduring sexism that comes with women busting through glass ceilings.

Hillary Clinton made history this week, but it was her husband who was on the front page. Is anyone even surprised?

The Democratic National Convention gave us all the firsts, including the first transgender woman to speak at a major political party’s nominating convention.

….and then there was the historic moment when NARAL leader, Ilyse Hogue, told her abortion story on national television.

Fusion counted all of the women and people of color at both the RNC and DNC and the results prove that each party represents a different America.

Elizabeth Warren is only the third woman ever to keynote the DNC (the last time a woman keynoted was in 1992). Maybe progress means we won’t have to hear from a man for another 24 years! #sorrynotsorry

ReFRESHing Talk of the Week: At the Democratic National Convention, Michelle Obama took us to church and threw the most elegant shade in what has been called “one of the finest convention speeches” ever.

Jamil Smith and Ana Marie Cox reviewed day three of the DNC, including Bloomberg’s shots at Trump, Obama as a symbol of change, and what a Beyoncé vs. Trump debate might look like.

In an interview with The FADER magazine, Mychal Denzel Smith and Marc Lamont Hill discuss their books, the erasure of the black body, celebrity activism, and living in the age of Obama.

Tiffany Dufu’s latest video reminds us that we are not constrained by the job descriptions written by society. We have the power to rewrite the rolls we fill.

Could Jamia Wilson be any more adorable at the convention? We think not.