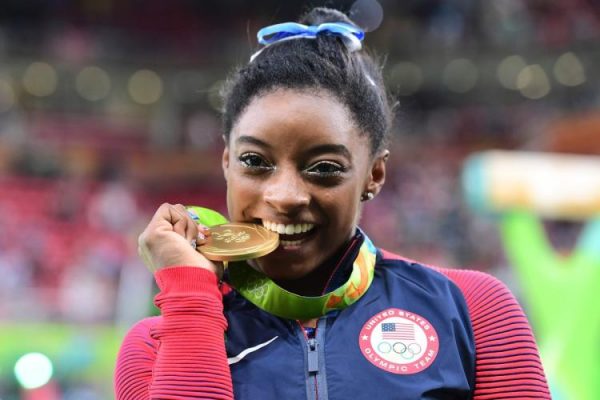 This week’s reFRESH is about how the Olympics brings out the best and worst in people, reimagining how we treat terminal illness, and robot diversity. (Yes, really.)

Rolling Stone on why Olympic champs Simone Biles’ and Simone Manuel’s wins in Rio mean more for race in America than we may think.

Truth: White male privilege is why we laugh at Ryan Lochte but vilify Gabby Douglas.

Oprah and Ava Duvernay have a conversation on calling for “inclusion” rather than “diversity”, and much more.

We applaud the DOJ’s decision to stop using private prisons, the Department of Homeland Security is actually the industry’s biggest client, and use private prisons to detain immigrants in appalling conditions.

How much do we love Buzzfeed? Applications are now open for their Emerging Writers Fellowship, created with the goal of diversifying the media landscape. #snaps

An important perspective on the past rape allegations against Birth of a Nation’s Nate Parker.

In case you haven’t heard, comedian Kurt Metzger is the worst. Luckily, the satirical site The Reductress has responded to the controversy in the best possible way.

The head of Google’s Brain Team is concerned about the lack of inclusion in artificial intelligence.

ReFRESHing Talk of the Week: An oldie but goodie, iO Tillet Wright photographed 2,000 folks on the LGBTQ spectrum, and shares what he learned.

Michael Murphy and MASS Design Group have partnered with the Equal Justice Initiative to design a memorial in Montgomery, Alabama for the victims of racial lynchings in the U.S.

Daniel Colón-Ramos talks to WCAI about the importance of anti-racism and diversity in science in the wake of an assistant teacher being fired for threatening to burn a cross in front of a Black student’s home.

FYI: Brilliant public conversation can be produced inside your home closet. LA Weekly talks about the gloriousness that is Call Your Girlfriend.

Tiffany Dufu’s epiphany this week is about how to “delegate with joy.”

FRESH partners Courtney Martin and John Cary live in a co-housing community, and it’s actually pretty friggin’ awesome. Check out their new site that explores what co-housing is really about.

John Cary is also featured in this week’s episode of On Being about “The Spiritual Practice of Running.”

We’re totally surprised to see another rock star review of Mychal Denzel Smith’s book. (Have you bought it yet?)