Burkini beach parties and The Big Vagenda — The Weekly reFRESH 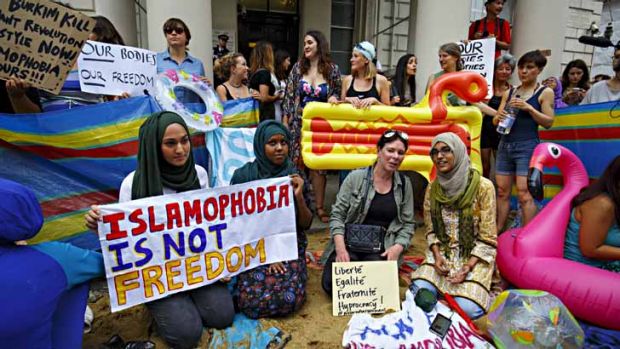 This week, we’re reading about pro-burkini beach parties, the woman taking the advertising industry to task, and the most meta of gender bias reporting.

As the Vagenda of Manocide meme gives women on the internet the best week ever, the real Vagenda is revealed as Women’s Equality Day becomes official today, thanks to President Obama.

Diversity in conferences is not just about representation, but is about “upholding and cementing values that make your participants and speakers feel safe at your event.” Read this brave speaker’s open letter.

Want to force women to strip their burkinis on the beach? In response, these women held a protest “beach party” with deck chairs, inflatables, and swimwear of all varieties. (Also, did you hear the news since?)

This is fascinating: A reporter analyzed her own gender bias after a year of reporting about gender bias.

Leah Donnella at NPR takes on the question, “What do we call people of mixed backgrounds?”

Ghostbusters’ actor and comedian Leslie Jones’ website was hacked in the most heinous and racism of ways this past week — she deserves more than just a tweet of support.

It’s because academic institutions are so diverse in the U.S. that there has been an increase in protest. Two college presidents contend that this in itself is a sign of progress.

reFRESHing Talk(s) of the Week: TED put together a list of their funniest talks. (Our fave by far is the magical Maysoon Zaid.)

Check out this fantastic Facebook Live interview between Bisi Alimi and Senior Campaign Manager of All Out, Pamela Adie, who shares her personal story and the LGBTQ rights work she does in Nigeria.

Learn about what’s next for Jamia Wilson and Women, Action, and the Media by checking out their strategic vision.

Family Story celebrates one year of challenging and changing narratives around what makes a good family by sharing some of their insights. Learn more about Mia Birdsong’s work with Family Story here.

Jamil Smith has a simple message in the wake of conversations on Brock Turner and Nate Parker: Stop telling women to stay sober.

Asha Castleberry talks to the folks at Carnegie New Leaders Podcast about the 2016 election and the fight against ISIS.

Speaking of new books, our partner Courtney Martin just wrote one. If you’re in New York City, come out to the launch event and panel discussion on The New Better Off.