This Is Not A One Day Movement – The Weekly reFRESH 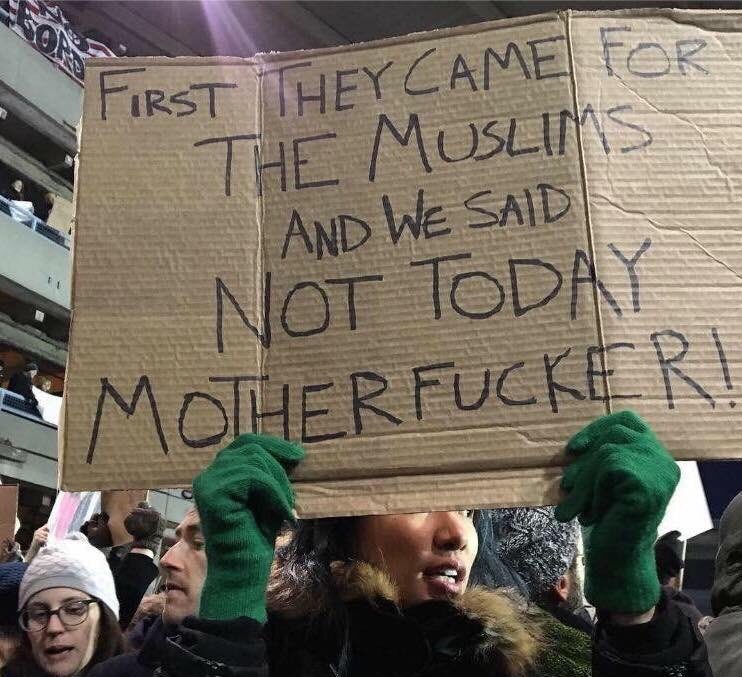 The Weekly reFRESH is back, with all of the freshest updates, thinkers, and actions on our radar. We’d also like to introduce the newest addition to our team, Kara Crutcher, who’ll be joining us as our Speaker Coordinator. She will also be the editor of the reFRESH. (*Kara waves*)

Let’s face it: It’s a been rough first week sans President and First Lady Obama. But while it feels like the country is moving towards complete and total disaster (aka #NotMyPresident aka #FreeMelania aka #HelpUsAll), millions are building a resistance.

In the wake of Trumps’s Muslim travel ban this weekend, Charles M. Blow writes about the message from Americans protesting at airports across the U.S.: Not in our name, not on our watch.

In the meantime, the ACLU raised over 24 million dollars over the weekend after succeeding in blocking part of Trump’s order through the courts.

“No one puts their children in a boat unless the water is safer than the land.” This chilling poem from Warsan Shire has been making the rounds this weekend, reminding us why we need to fight for #NoMuslimBan.

In the meantime, Trump’s executive order on sanctuary cities makes it a crime to help undocumented immigrants. To fight back, we must stay woke on the foolishness Trump is doing. Here is a list of his executive actions last week.

Speaking of fighting back — if you’re looking to take direct action, Swing Left helps citizens team up and organize around their nearest Swing District. Their goal? Win back the House in 2018. Here’s a great New Yorker profile on Swing Left, just out.

Let us also take a minute to highlight the fact that this is the first time in 30 years that the Presidential Cabinet will be without a Latinx member. Really?

On Election Day, the most-searched issue on Google was abortion. Clearly, we’re not the only ones concerned that Abortion’s Deadly DIY Past Could Soon Become Its Future.

reFRESHing Talk of the Week: For the inauguration, trans immigrant Lee Mokobe delivered a poem about how he sees America after witnessing how his own country, South Africa, dealt with xenophobia, homophobia, and transphobia.

What our speakers are up to….

In his first week of presidency, Donald Trump seemed to have drawn inspiration from Andrew Jackson to send a clear message: “I get to decide who is American.” Here’s the latest from Jamil Smith.

Tiffany Dufu reminds us that while the Women’s March on Washington was the largest one-day protest in US history, this is not a one day movement.

Huffington Post sat down with Jamia Wilson (with a special phone appearance from her mom!) to discuss the importance of intersectionality at the Women’s March.

FRESH partner Courtney Martin reflects on why taking to the streets still matters.

Check Mia Birdsong’s new Family Story video on the misconceptions about black fathers in the media and society.

Learn how feminism taught Brittney Cooper to love her vagina in her latest at CFC. Also, have you bought The Crunk Feminist Collection yet?

In case you’re a total hermit and haven’t seen it yet, peep Dena Simmons TED Talk, How Students of Color Confront Imposter Syndrome.

As if Bisi Alimi couldn’t be any more badass, he’s going to be speaking at the SEXing the Past conference on March 3rd.