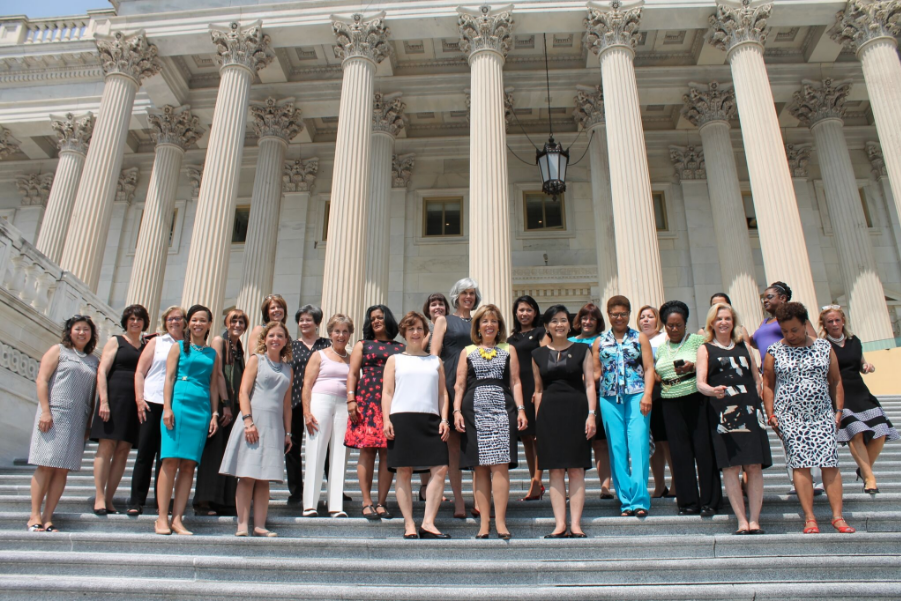 This week, we’re celebrating #SleevelessFriday, thinking about the place of respectability politics against police brutality, and trying to keep cool in the heatwave that’s sweeping that nation – literally and figuratively.

All eyes this week were on the U.S. Senate as it attempted (and failed) to pass the latest health care bill, which would have robbed tens of millions from the insurance they need. Here’s a rundown of where we’re at and what might come next.

Studies and stories continue to unfold about the astonishing rates of harassment against women in STEM. #AstroSH is the latest hashtag, which specifically unites women of color in astronomy who have faced harassment and discrimination in their field.

Of course, unfair treatment of women isn’t restricted to STEM fields. This week, women in the U.S. House of Representatives protested the vague and outdated dress code with #SleevelessFriday after several reporters in sleeveless dresses and open-toed shoes were denied entry into the Speaker’s Lobby. Speaker Ryan says the dress code will be modernized so that women in the House will finally have the right to bare arms.

In more news that sounds like a plot from A Handmaid’s Tale, Arkansas just passed a law that requires women to get permission from the men who impregnated them before they can have an abortion.

Is your blood boiling yet? Maybe you should take a break from it all. According to Mental Floss, Millennials are so bad at taking time off that it’s negatively impacting the rest of the workforce. Fortunately, Project: Time Off is working to encourage Americans to take more vacation time.

Our Badass Thought Leader of the Week is Amber Goodwin, who started a nonprofit and speaking bureau, called Community Justice Reform Coalition, in response to the lack of people of color in the gun violence prevention movement.

Jamia Wilson was named the youngest-ever Executive Director & Publisher of Feminist Press and the first woman of color to hold the position. Go Jamia!

Jamil Smith took over as host of The Brian Lehrer Show on WNYC for the past week. You can listen to all of his coverage, with a slew of amazing guests, here.

He also found time to pen this LA Times op-ed about respectability politics on the anniversary of Philandro Castile’s death.

Actor Brian Michael Smith came out publicly as transgender this week and Tiq Milan interviewed him about his experiences as a black trans man in Hollywood for NBC Out.

After people willfully misinterpreted Linda Sarsour’s statements and launched a firestorm against her, she fought back with a Washington Post op-ed standing her ground. There’s no doubt, #WeStandWithLinda

Jackson Bird partnered with trans activist and creator Riley J. Dennis on a pair of videos about sharing their transitions publicly online and the small everyday challenges of being transgender.

And finally, if you’re still reeling over all the revelations from Jay-Z’s 4:44, Brittney Cooper wrote a powerful piece for Cosmopolitan about why Jay-Z’s apology on the album is a political act.