Reclaiming Our Time – The reFRESH 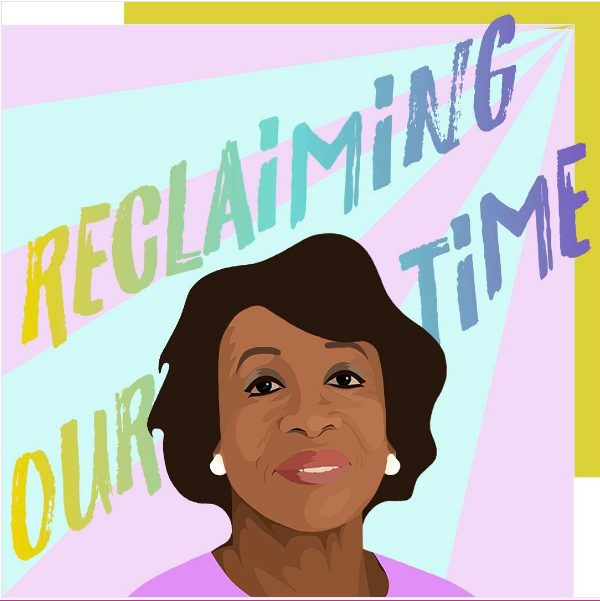 This week, we’re watching HRC share What Happened, learning about the larger impact of deportation, and reclaiming time for all women.

The Emmy’s on Sunday were refreshingly dominated by people of color, women, and queer folks (if you haven’t watched “San Junipero” yet, what are you doing with your life?). But while we’re still teary-eyed over the Lena Waithe’s first-ever black woman comedy writer win and subsequent standing ovation, we’re also wondering why it’s taken so long for so many “firsts.” And who thought it would be okay to reward Sean Spicer with a trip to the Emmy’s?

Inspired by the birth of her daughter, Serena Williams penned an open letter to her mother about raising confident black girls in a racist world. It’s a must read.

Jemele Hill was the latest victim of cyberbullying from Donald Trump when he called for her firing from ESPN after she critiqued him on Twitter. The dystopian reality of having a president who behaves that way aside, the reaction to Hill’s comments speaks to the larger problem of straight-up bigotry being rebranded as socially acceptable political beliefs.

Hillary Clinton is making rounds for her new book, What Happened. We especially love her conversation with Amina Sow on Call Your Girlfriend about her friends who helped her through the election loss (which includes a debrief with our own Ann Friedman).

Our speakers have been kicking ass, taking names, and accepting a whole lot of honors this week. A huge congrats to Elle Hearns and Brittney Cooper, who made The Root 100 this year, among other luminaries such as Ava DuVernay, LeBron James, and Beyoncé. NBD.

Emily May was featured in the announcement video from President Obama on the Obama Foundation Summit for her work with The People’s Supper. If you liked what you saw, applications are currently open to both attend the summit and to work for The People’s Supper.

In honor of Bisexuality Awareness Week, Jackson Bird was featured by GLAAD as an “up and coming bi+ leader [who’s] changing the world.” You can watch his video unpacking some myths about bisexuality here.

Alaa Murabit has been repping this week at the UN’s Global Assembly in her role as a UN Sustainable Development Goals Advocate. You can watch some of her appearances here.

Brittney Cooper was all over Jemele Hill’s unjust treatment. She went on MSNBC to stand up for Hill (and the rights of all black women and the press) and wrote an op-ed for Cosmopolitan.

Tiffany Dufu’s latest Epiphany is on how women have already earned a standing ovation.

Jamia Wilson and FRESH co-founder Vanessa Valenti will be facilitating a workshop at the Omega Women’s Leadership Center at the end of October. Jamia will also be speaking at the S.H.E. Summit this fall. Registration is still open for both events.

Another big event on the horizon is TEDWomen and we’re thrilled to announce that three of our speakers and FRESH co-founder John Cary will be giving talks at the annual event. Go Liz Ogbu, Amanda Phingbodhipakkiya, and Sally Kohn!

In other FRESH-related news, here’s another nod to co-founder John Cary, whose highly anticipated new book Design for Good is now available for pre-order!

Miriam Perez has launched a new advice podcast called Tonic with two other healers of color.

Two of our speakers, Brittney Cooper and Mia Birdsong teamed up for a chat at New America about the need to center black women as agents of change in narratives and in movements.

And finally, Mychal Denzel Smith schooled us on the radical origins of identity politics.

FRESH is continuing to think about ways we can help make the conference ecosystem be more inclusive. If you’re an event organizer, we’d love to hear from you. Or if you’re a public speaker (who isn’t white, male, and cisgender), fill out our survey.