Beyond thoughts and prayers – The reFRESH 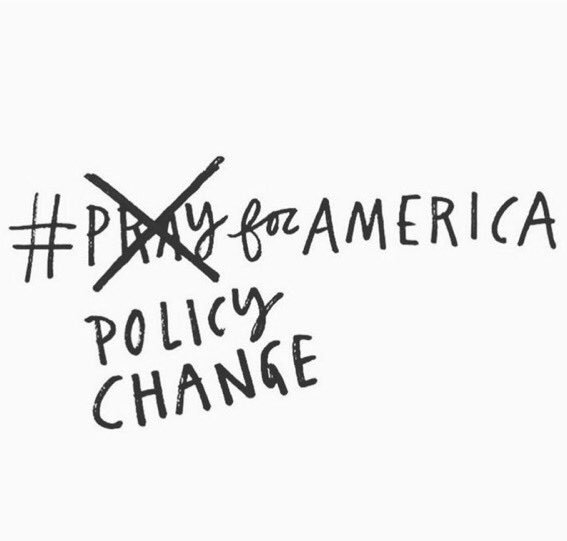 This week, we’re looking beyond thoughts and prayers to make real change, defending the right to protest, and practicing #NoBromo.

On Monday morning, we awoke to the news of the deadliest mass shooting in recent U.S. history. As we worked through our grief, discourse proceeded in what has become the typical way for this horrifically common occurrence in our nation. The shooter, a white man, maintained his privilege in death as the media called him a “lone wolf.” Gun-lovers said it was too soon to talk about gun control regulation. And political figures offered up shallow thoughts and prayers instead of policy changes.

In addition to thoughts and prayers, the GOP responded to the shooting by introducing dangerous abortion legislation. By way of explanation, they said that the tragedy reminded them how “precious” life is and wanted to prevent further loss of life by criminalizing abortions after twenty weeks. In the meantime, they let a federal children’s health program expire, potentially leaving millions of poor children without insurance coverage.

The President finally visited Puerto Rico and it was an offensive hot mess that even the paper towels he tossed to victims (yes, really) wouldn’t be able to clean up.

If you want to actually help Puerto Rico, you can follow Lin-Manuel Miranda’s #AlmostLikePraying campaign and benefit album or donate directly to the Hispanic Federation.

Congrats to Liz Plank on the launch of her new video series hosted by Vox Media, aptly titled The Divided States of Women.

reFRESHing Talk of the Week: FRESH friend Nikki Webber Allen discusses the stigma that exists around mental illness in communities of color and what she’s doing to fight it.

FRESH Co-Founder Courtney Martin perfectly articulated our thoughts on the harm of using a good versus evil binary when talking about mass shootings.

In response to a New York Times piece profiling men in the tech world who are sad about gender equality “gone too far,” FRESH C0-Founder Vanessa Valenti put together a list of ten women in tech we should be turning the spotlight on instead. Know a woman in tech whose achieving amazing things? Shout her out using #GoneTooFar so we can shift the focus away from dopey men’s rights activist because #NoBromo.

Samhita Mukhopadhyay‘s book Nasty Women came out this week and is already in its second printing! Below is the view from the stage at their launch event this week at the New York Public Library.

You can hear more from Samhita and her co-author Kate Harding on their new podcast, Feminasty.

It was a big week for book releases at FRESH. Co-Founder John Cary’s book, Design for Good, came out to a roaring reception. We can’t stop watching the trailer made by Thatcher Bean.

All eyes were on the NFL last weekend as players and coaches around the nation joined Colin Kaepernick’s protest against police brutality. Or did they? Mychal Denzel Washington points out that most individuals were simply uniting against President Trump’s aggressive comments towards NFL players. 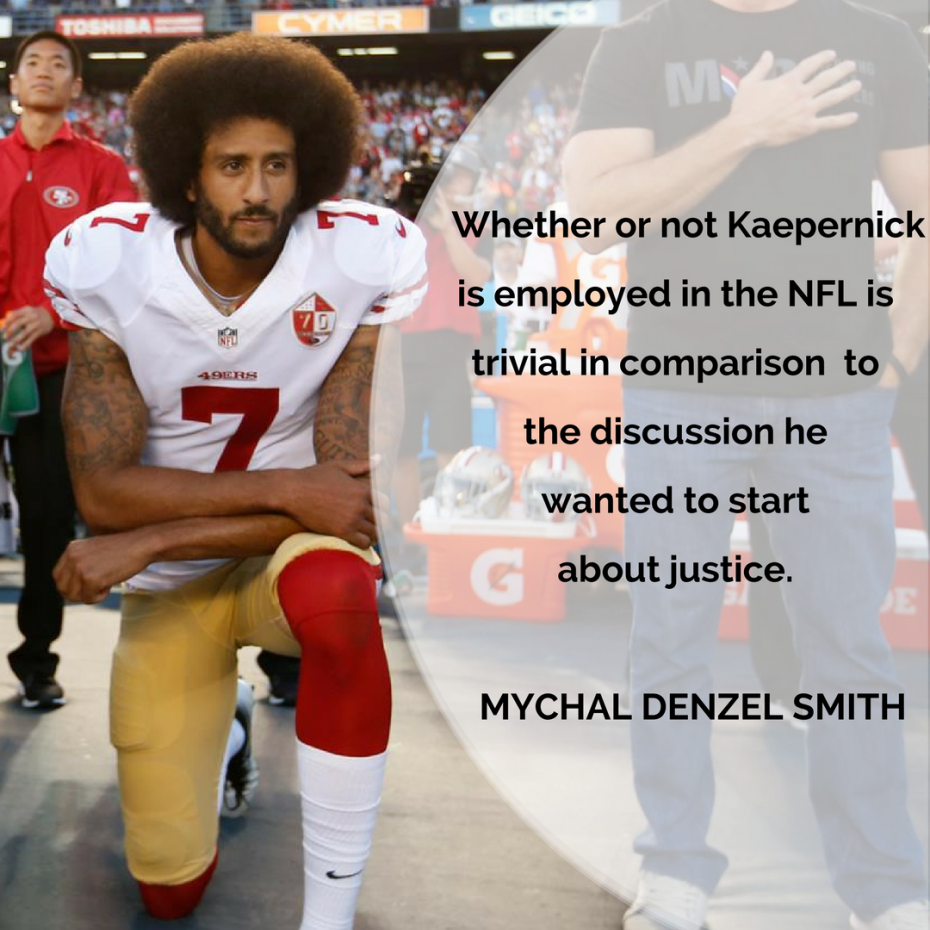 Prior to that, Jamil had strong words for U.S. Education Secretary Betsy DeVos in the wake of her rescinding the Obama Administration’s regulations for suspects of sexual assault. In his first New York Times Op-Ed, Jamil told the story of his college work against sexual assault and underscored the need to teach young men about prevention.

In her latest for Scientific American, Ayana Elizabeth Johnson outlines how poor communities and communities of color are disproportionately affected by a lack of conservation practices, particularly in the wake of natural disasters.

Following her talk at the March for Black Women, Elle Hearns was profiled by Mic about her work in the Black Lives Matter movement and her new organization, the Marsha P. Johnson Institute.

Jackson Bird got a shout-out as one “7 Go-To YouTubers for Sex Ed Related Content.” You can see some of that work in action in his latest video interviewing a transgender teenager about being out and transitioning in Ireland.

Jamia Wilson was part of the Feministing Five this week to discuss intersectional feminist publishing, her new role as Executive Director at Feminist Press, and self-care in the age of resistance.