One Year Later, And Fighting On 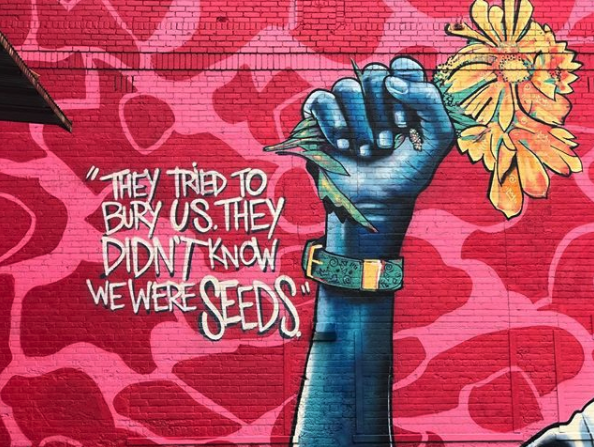 This week we’re applauding the brave people who continue to come forward against their abusers, celebrating a much-needed election night win, and keeping conference season fresh.

The past couple of weeks have been an absolute roller coaster in the news cycle.

It was a tragic start to the week after the massacre at a church in Sutherland Springs, Texas. In response to the right’s tired call not to immediately politicize tragedy (at least when the perpetrator is white), the New York Times created a counter for every recent mass shooting to help us calculate exactly when it’s okay to start discussing gun control. 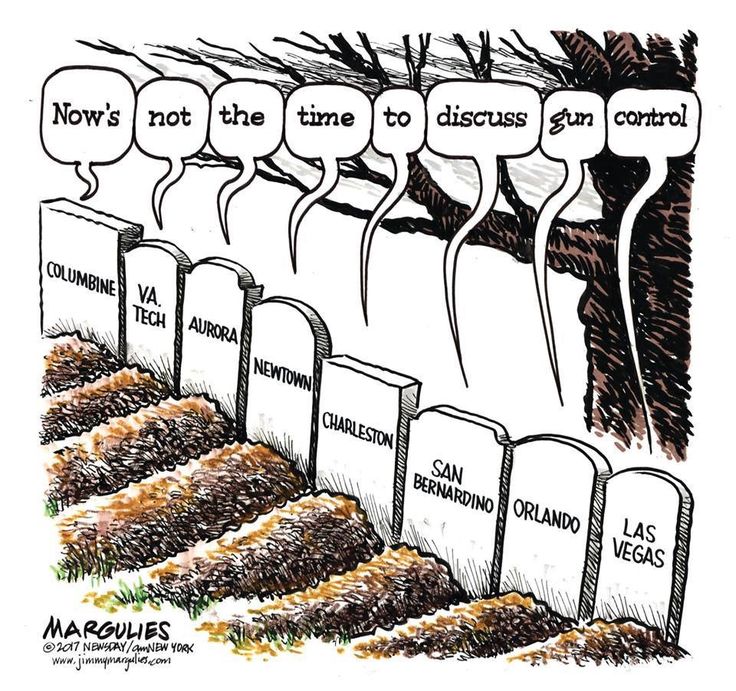 The attack also reignited a call for the need to treat domestic violence as a national security issue. The perpetrator, like many who commit mass shootings, had a history of domestic abuse. Despite laws in place to prevent domestic abusers from buying guns, far too many slip through the cracks.

As more famous men continue to be outed as harassers and abusers, we’re thankful that attention to the issue isn’t dying, but are also feeling the emotional toll from it all. If you’re feeling the strain as well, take a look at The People’s Supper’s guide, “Collective Care in A World Where Sexual Harassment & Assault are The Norm.”

Guards were up as we approached the one year anniversary of 2016 Election Night, but it ended up being a day of celebration as diverse and progressive public officials swept local elections across the nation. We’re particularly amped about Ravinder Bhalla, New Jersey’s first Sikh mayor, and the eight (EIGHT!) transgender individuals who were elected on Tuesday. Special shout out to Danica Roem, who beat out incumbent Bob Marshall aka the man responsible for Virginia’s bathroom bill.

We know there are a lot of factors that inspired people to run for office this election season, but HuffPost reports that the Women’s March was a big motivation for many women.

In more good news, charges were officially dropped against Desiree Fairooz, the woman who involuntarily laughed during Attorney General Jeff Sessions’ confirmation hearing in January. We’re tempted to shout about how ridiculous it is she was charged in the first place, but in the dystopian hellscape of 2017, we’ll take any good news we can get.

Our reFRESHing Talk of the Week comes from FRESH friend Evita Turquoise Robinson telling the power of the black travel movement and how she’s been invigorating it for the current generation.

Our speakers have been hitting up all the major conferences this fall. From TED Women and the Women’s Convention to the Obama Foundation Summit, they’ve been giving talks and cheering each other on.

Liz Ogbu, Amanda Phingbodhipakkiya, Sally Kohn, and FRESH Co-Founder John Cary all gave talks at TEDWomen in New Orleans. While they aren’t available online yet, we can tell you the reception in person and online was phenomenal. In the meantime, you can watch this Facebook Live interview with Sally Kohn at TED Women about reporting news to people on both sides of the political aisle.

Elle Hearns was the first activist of the month featured in Get Equal’s 30 Days of Trans Resilience campaign.

On Mic this week, Samhita Mukhopadhyay answered her most frequently asked question from her recent Nasty Women: Feminism, Resistance, and Revolution in Trump’s America book tour, “How do you find hope when it feels like everything is going to shit?”

Amanda Phingbodhipakkiya launched a new line of atomic element-themed clothing for curious women and girls. ATOMIC by Design, which aims to ignite discussions and foster community around STEM fields, is currently raising funds on Kickstarter.

Alongside her fellow Women’s March organizers, Linda Sarsour was named one of Glamour’s Women of the Year. Go Linda! 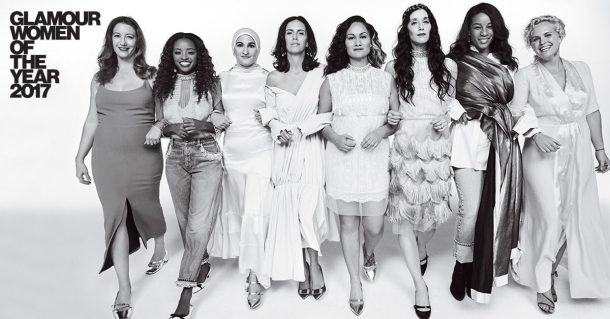 Photo of the Women’s March organizers by Miguel Reveriego

Jackson Bird published his first-ever freelance piece for Vulture about the most powerful, feminist witches in Harry Potter.

You might start seeing Tiq Milan on the New York City subway. He’s been featured in Brooklyn Community Service’s ONE Brooklyn Community campaign, “Many Voices, Many Stories.” Watch him talk about the campaign and his experiences as a transgender individual here.

And finally, our speakers keep popping up on each others’ podcasts. This month, Sally Kohn had Linda Sarsour on her new podcast, State of Resistance.