Kids These Days – The reFRESH 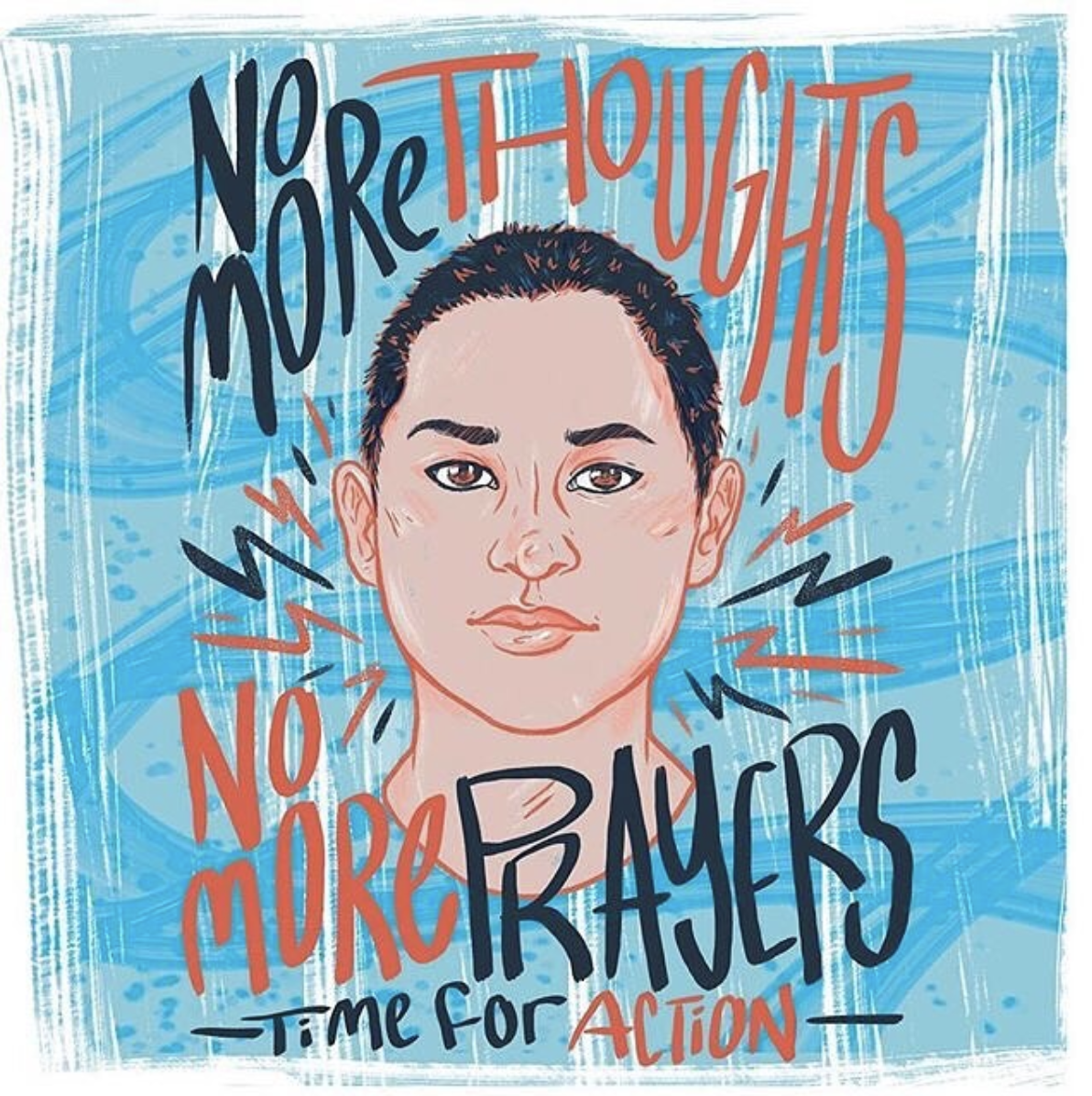 This week we’re throwing our full support behind the students of Stoneman Douglas high school, calling for educational reform at every level, and looking to the future.

It’s only been fifteen days since the mass shooting at Marjory Stoneman Douglas High School, but the student survivors have already accomplished more towards gun control than we’ve seen in the last several years. From fiercely standing up to opponents Sen. Marco Rubio and NRA Spokeswoman Dana Loesch at the CNN Town Hall to helping coordinate walkouts and even a die-in at the White House, these students – along with other youth activists from Teens for Gun Reform and Women’s March Youth EMPOWER – are making their voices heard.

As a public speaking organization, we’ve been particularly struck by the Stoneman Douglas High School students’ abilities to present and articulate their arguments so cogently. As Dahlia Lithwick points out, these skills are the result of an exceptionally good public school – one that hasn’t cut funding for the arts, civics, debate, and journalism. Yet even as we applaud these theater and journalism students, we’re reminded that most public schools in the United States aren’t as affluent. What type of media-ready youth activists would there be across the nation if every school had the luxury of prioritizing these skills? Still, their skills are working. The conversation has continued for far longer than usual after a mass shooting in the United States, and the tides might just be turning. Self-proclaimed conservative gun-lovers have been handing their assault rifles over to the police and major companies have severed ties with the NRA. Dick’s Sporting Goods went so far as to pull assault rifles from their shelves and issue a list of beliefs and action items in support of gun control to their largely gun-supporting consumer base.

In the government, unfortunately, it’s a different story. With their eyes meeting those of parents who lost children in the shooting only days prior, Florida senators voted to reject a ban on assault rifles – instead allotting $67 million to arm teachers.

Josh Barro presents an interesting argument for this dichotomy, indicating that companies enact progressive policies because consumers have become more left-leaning than voters. Voting with your dollar is one thing, but let’s hope more progressives actually turn out at the polls in the elections this fall. 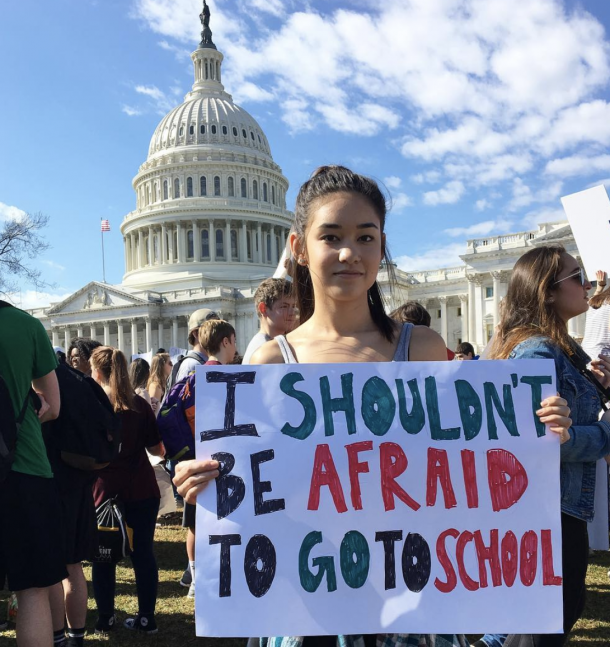 And on the note of much-needed educational reform in the U.S., Kevin Gannon has a fascinating piece out in The Chronicle of Higher Education about “inclusive education,” what exactly it means, and how we could implement it in our universities. With how much young people are achieving before they’re even of legal drinking age, we owe them a post-secondary education that really means something.

Alicia Garza, one of the Co-Creators of Black Lives Matter, is also thinking towards the future with her newly launched Black Futures Lab. In conjunction with their flagship Black Census Project, they’re working within communities and with policy-makers to secure a future that is representative of black people and effective towards their needs.

In case you weren’t already convinced of the relentless talent and innovation of kids these days, here’s just one more example for today: A dozen high school girls from San Fernando Valley have invented a solar-powered tent for the homeless that they’ll be presenting at MIT next month. Pretty sure we were just lucky to pass AP Physics when we were sixteen, but hey NBD.

If you need a laugh, McSweeney’s listed out what the titles of The Baby-Sitters Club books would have to be now in order to appeal to this super woke generation.

And finally, our reFRESHing Talk of the Week is a throwback to FRESH Speaker Dena Simmons’ 2015 TED Talk on the necessity of creating safe, affirming educational spaces for students.

Sally Kohn took to the Washington Post to remind people of the great history of youth activism in the United States and around the world. She also emphasizes the disparity in praise and attention being shown to the Stoneman Douglas High School students versus that shown towards DREAMers, Black Lives Matter activists, and other youth activists of color.

Kohn then went on to interview a couple of the students from Stoneman Douglas on her podcast, The State of Resistance. It’s an episode not to be missed. 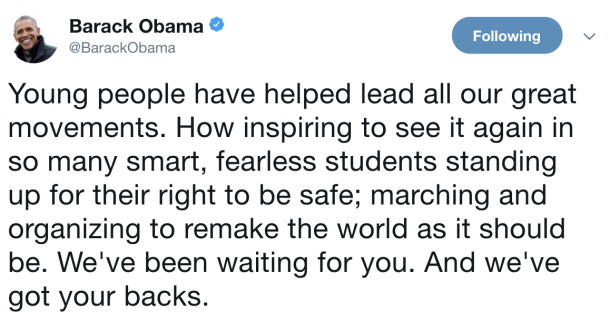 As some young people rise up as activists, Ayana Elizabeth Johnson is hoping Letitia Wright’s portrayal of science genius Shuri in Black Panther will propel a wave of young black girls to enter STEM in what Johnson is calling The Shuri Effect.

Speaking of Black Panther (because why would we stop?), Jamil Smith – hot off his Black Panther cover story for TIME – stopped by MSNBC’s The Beat with Ari Melber to chat with star Winston Duke about the cultural power of the movie.

Before the end of Black History Month snuck up on us, Catherine Bracy and her TechEquity Collaborative got a pretty cool shout-out from philanthropist Priscilla Chan on Facebook, likening her work to that of one Thurgood Marshall.

But even though Black History Month has ended, Dena Simmons has got some tips on how to incorporate black history into every day, not just the ones in the shortest month of the year.

And if you want to work towards a brighter future for black communities, look no further than the amazing progress coming out of Power Rising. Three of our speakers were at their Atlanta conference last week – Brittney Cooper, Tiffany Dufu, and Elle Hearns. You can read about Tiffany Dufu’s experiences here and listen to Elle Hearns in a live interview from the conference on the Thinking CAP’s podcast.

Brittney Cooper, meanwhile, has been all over the media celebrating the publication of her latest book, Eloquent Rage. Some of our favorite appearances of hers from last month include her interview on The Brian Lehrer Show and her stop by Buzzfeed’s new morning show, AM to DM.

We’ve got to give a huge shout out to Zubaida Bai this week. Her company, Ayzh, was named one of SheEO’s Top 5 U.S. Ventures of the year, an honor that includes a year of funding, coaching, and activiation from SheEO’s network. Congrats, Zubaida!

Ann Friedman seems to be shooting for the Best Best Friend Award, having organized a national blood drive in honor of her Call Your Girlfriend co-host Aminatou Sow, who was recently diagnosed with endometrial cancer. You can learn more about “Bleedin’ for Amina” and find a drive near you here.

If you’re going to SXSW Edu, don’t miss the closing ceremony where Alaa Murabit will be enlightening attendees as one of the three closing keynotes!

Bisi Alimi’s foundation is currently fundraising to increase their capacity to run media & legal fellowships that defend LGBTQ+ Nigerians against the Same Sex Marriage Prohibition Act and other violent, discriminatory behavior from the government. Go here to donate now!

And finally, FRESH got a li’l shout out from Real Simple with Co-Founder Vanessa Valenti’s tips on incorporating public speaking practice into your everyday life.