This week we’re thinking of the over 208,000 students who have experienced gun violence since Columbine and standing in solidarity with those walking out today.

Today is the National School Walkout when students across the nation will be walking out of class for nineteen minutes, one for each year since Columbine, to raise awareness of the inaction on gun control.

Since Columbine nineteen years ago, the Washington Post reports that over 208,000 students have experienced gun violence at schools – a number that increased during the writing of this newsletter as a shooting occurred at an Ocala, Florida high school minutes before the walkout began. 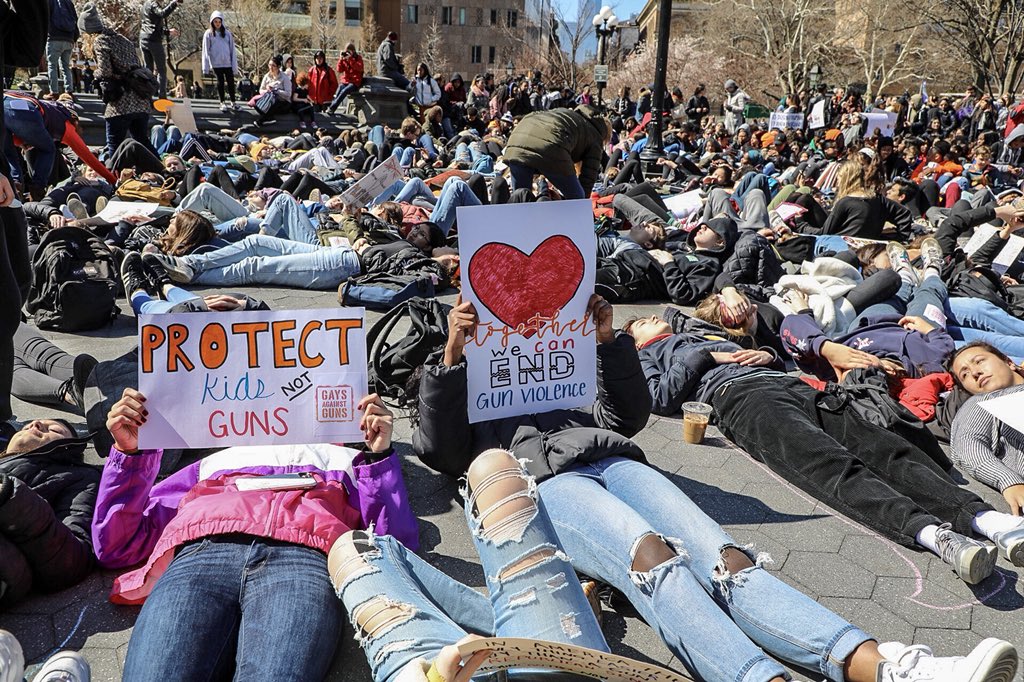 While that number is staggering, the numbers are even larger when they expand beyond schools – and we can’t forget that African-Americans are twice as likely as white people to be killed by guns.

So in addition to the students walking out today, we also want to shine a light on organizations like Amber Goodwin’s Community Justice Reform Coalition and young activists of color like Naomi Wadler, who are fighting to keep black communities in the limelight as well.

Breaking from the theme, and in honor of last week’s inaugural Black Maternal Health Week, our reFRESHing Talk of the Week is Miriam Zoila Pérez‘s TED Talk on how racism harms pregnant women.

In addition to being named a Human Rights Campaign Global Innovator, Bisi Alimi also shared some of his poetry in a video campaign for Lush.

Mark your calendars! Caroline Paul has a new book for middle-grade readers coming out on May 15! And if you’ve got kiddos that age in your life, you might also be interested in Paul’s recent appearance on TED Radio Hour discussing raising children.

Jamil Smith’s weekly column at Rolling Stone has been on fire. We particularly loved his piece proposing monuments in memory of victims of police violence.

If, like the rest of the world, you were mesmerized by Beyoncé’s Coachella performance, don’t miss Brittney Cooper’s analysis of the performance and its place in black feminism.

You may remember that Alaa Murabit was one of the closing keynotes at South by Southwest this year. Her talk on who deserves a right to education is now live!

Ayana Elizabeth Johnson was named one of the University of California San Diego’s 40 Alumni Under 40. Congrats, Ayana!

After eight years organizing emerging activists, Jackson Bird has stepped down from his role at the Harry Potter Alliance. You can read more about his professional move and the HPA’s work in the piece he wrote for Medium.

And don’t forget – we’re holding our first-ever conference on June 5 in NYC! FRESH Live: In With the New will be a day of cutting-edge conversation about “the new” that we are seeing emerge today—from science to fashion, gender equality to afrofuturism, policy to protesting youth. Get your tickets while Early-Bird pricing lasts!