We Won’t Back Down – The reFRESH 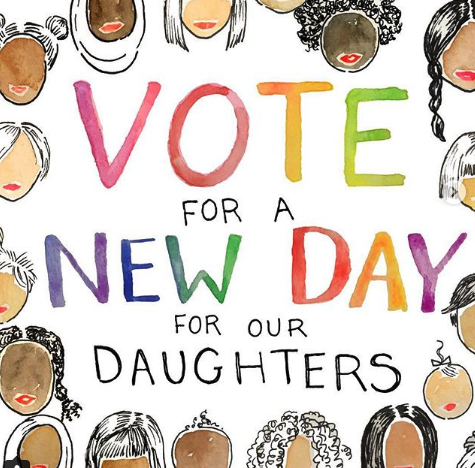 This week we’re cleansing our brains from the horror show of the Senate Judiciary hearings by focusing on stories of empowered women and badass girls.

Elle has a new column called Fired Up!, which explores women’s rage. We particularly enjoyed this recent piece by Mara Wilson about growing up as an angry girl who didn’t think girls were allowed to be angry. Relatable, isn’t it?

If you want a side of heartache with your rage, check out Emma Gonzalez’s New York Times op-ed reflecting on her grief and activism since the February shooting at her high school.

Good news: coverage of sexual assault in the media is 30% higher than this time last year. Bad news: most of that coverage is being written by men. The Women’s Media Center has a new report out that details the byline gender disparity as well as the lack of coverage being paid to working class women and women of color.

All of this making you want to take action? The Women’s March is officially returning January 19, 2019! But you don’t have to wait for the flagship event to take action. As FRESH Speaker and Women’s March co-chair Linda Sarsour said, “We aren’t waiting until January to march. Women won’t lay low, and we definitely won’t back down.”

Thursday was the Day of the Girl and Michelle Obama took the opportunity to launch her new Global Girls Alliance, an initiative supporting girls’ education around the world. The organization also made a music video that’s bursting at the seams with raw, unchecked girl power.

Inspiring a new generation of girls, Doctor Who’s new season kicked off with a woman in the title role for the first time in the show’s fifty-five year history. And yes, actress Jodie Whitaker assured Variety, she is getting paid an equal wage to previous male Doctors.

One more dose of happiness: Activist Blair Imani’s new all-ages book Modern HERStory: Stories of Women and Nonbinary People Rewriting History came out this week and her parents’ unchecked pride for their daughter is everything.

Finally, our reFRESHing Talk of the Week comes from FRESH Speaker Caroline Paul on how to raise brave, adventurous and gutsy girls.

Brittney Cooper was named one of The Root 100! Check out her profile, right underneath Her Royal Highness the Duchess of Sussex. NBD.

Jamia Wilson also scooped up an award recently. She received the GSAS Alumni Achievement Award from NYU. She also contributed to a new book that came out this week, Nasty Women and Bad Hombres: Gender and Race in the 2016 US Presidential Election.

Jamil Smith has a column in the October print issue of Rolling Stone about voter suppression. Pick it up at newsstands before it’s gone!

Alaa Murabit appeared on Lewis Howe’s The School of Greatness podcast. You can watch here or listen wherever you get podcasts.

In celebration of National Coming Out Day, Jackson Bird wrote a piece for Book Riot on the necessity of showing acceptance and celebration in LGBTQ+ literature, not just suffering.