How to Support Trans People, Now and Later – The reFRESH 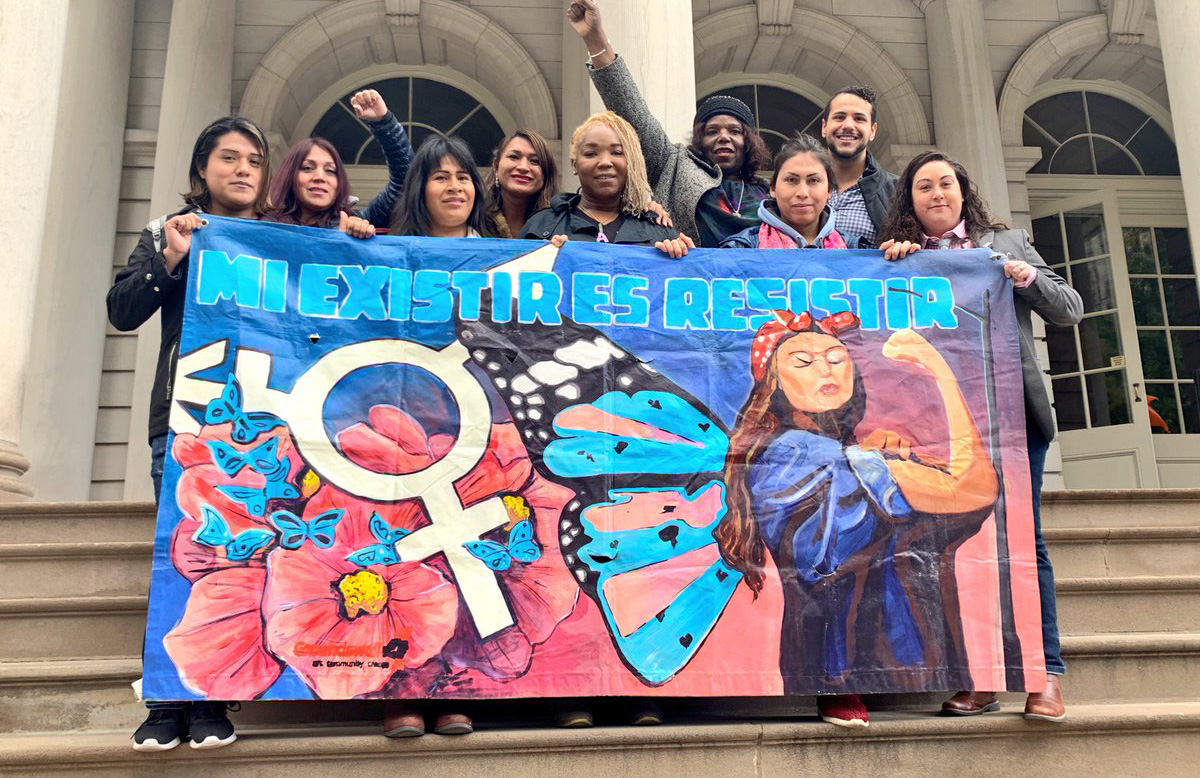 This week we’re saying hell no to the memo, standing with transgender people, and wondering when this newsletter turned into a series of dystopian reports.

Before we dive into the topic at hand, here’s some other news from the week:

Twelve pipe bombs have been found sent to prominent Democrats and government officials. At the time of writing, a Florida man has been taken into custody for questioning.

With everything else going on in the world (and the fact that, thankfully, none of the bombs detonated), it can be difficult to recognize the gravity of what occurred. David Rothkopf put it into perspective. Click through to read the whole thread.

In response to the caravan of migrants from Honduras and Guatemala currently en route to the United States, President Trump is considering closing the border to them and denying them the right to seek asylum.

There are a lot of photograph-based hoaxes and misinformation being spread about the migrants so here’s a reputable explainer.

Last week the New York Times leaked a memo from the Department of Health and Human Services which stated their intention to strip gender identity from the definition of sex under Title IX. Furthermore, their definition of sex would be restricted to male and female, based on traits identifiable at birth, and the sex listed on a birth certificate shall stand as “definitive proof” in perpetuity.

The details are a tad confusing so we recommend watching this PBS Newshour clip with Lambda Legal’s Chief Strategy Officer Sharon McGowan on the current legal implications of the memo.

Also worth a read is Dean Spade’s breakdown of how this memo will affect transgender people’s everyday lives, whether or not anything in it ever becomes policy.

Josephine Yurcaba additionally offers this reminder that the proposals in the memo aren’t a new reality, especially for transgender people living in red states and rural areas.

We want to pull out one item in particular from Strangio’s list:

He goes on to explain several falsehoods the New York Times piece perpetuated, which a transgender journalist would have caught. This is why representation matters.

Accuracy in an era of conspiratorial noise is important, but we were given another reason this week to support trans and nonbinary journalists (and really, trans people of all professions): the Justice Department told the Supreme Court on Wednesday that businesses are free to discriminate against transgender employees.

It comes down to an interpretation of Title VII and whether it includes gender identity in workplace protections. The Supreme Court is expected to hear a number of cases relevant to the matter and make a decision in the coming months. Good thing we just added such a levelheaded, unbiased judge to the Supreme Court!

To end on something a little more uplifting, scroll through these drawings by transgender kids and teenagers created as a thank you to UN Women Goodwill Ambassador Emma Watson for publicly showing her support of trans rights.

And finally, our reFRESHing Talk of the Week is a spoken word poem from Chrysanthemum Tran called “Transplant.”

Caroline Paul also contributed to a new book. Written with her childhood best friend Sebastian Beckwith and illustrated by Caroline’s wife Wendy MacNaughton, A Little Tea Book is in stores now. FRESH Friend Maria Popova wrote a wonderful piece about the book, which you can read here.

Miriam Zoila Pérez has a new column with Rewire.News on the health impacts of racism. You can read the first two installments here.

In Tiffany Dufu’s latest Tiffany’s Epiphanies, she gives advice to those of us harboring an overflowing box of ignored business cards.

Jackson Bird’s podcast Transmission is back for season two. Listen to the first episode in conversation with transgender author Alex Myers about his gender nonconforming ancestor who fought in the American Revolution, and his novel about her story.