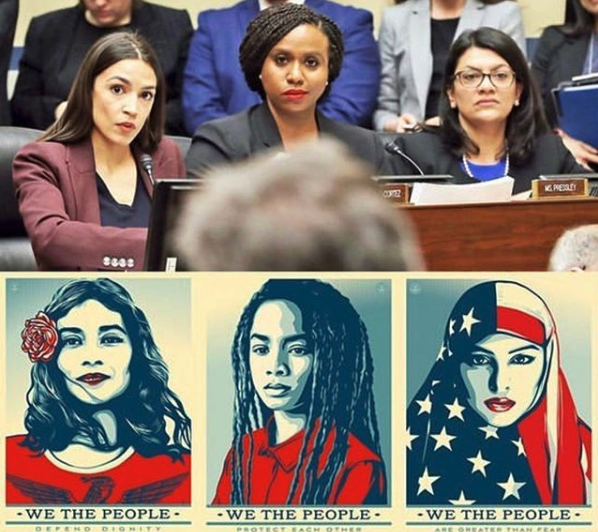 This week we’re celebrating the launch of Women’s History Month with a look at women’s representation in the media, reminders about our history, and more.

As Women’s History Month kicks off, it’s important to remember that the whitewashed history of feminism often taught in classrooms isn’t the full story. Jenn M. Jackson writes for Teen Vogue about the queer and trans black women your teachers probably didn’t tell you about.

The Oscars were on Sunday and while they still have a long way to go towards a real understanding of equality and inclusivity, there were still some incredible wins–it was the first time more than one black woman has won an Oscar in the same year and three out of four of the acting categories went to actors of color.

But 2019 is looking up. The Wrap reports that Hollywood studios are releasing five times more films with women directors than last year.

While these numbers continue to rise, the latest report from the Women’s Media Center this month shows that “men still dominate in every part of news, entertainment and digital media.” Sigh.

On the conference front, a three-day event at the University of California: San Diego is facing backlash over its decision to only feature talks by women. We love this fire quote from UCSD representative Rob Knight,

“I am gratified that many people who have not previously been concerned with gender representation issues in scientific conferences are apparently concerned now.”

If you’re looking for new writing programs, we’ve got a few women and nonbinary-focused opportunities we recommend:

Finally, our reFRESHing Talk of the Week comes from Ashweetha Shetty’s TED Talk on how education changed the path of her life and community.

Brittany Cooper was on PBS News Hour for a Brief, But Spectacular segment on eloquent rage.

Ai-jen Poo was at the Oscars on Sunday, celebrating Roma’s win alongside activist Marcelina Bautista and director Alfonso Cuarón.

Sarika Bansal wrote a great piece about why jargon isn’t useful in change-making.

Ayana Elizabeth Johnson was profiled by the University of California as part of the Black History Month series.

And Tiffany Dufu gave some fantastic practical advice for tackling networking parties as an introvert (or really just as anyone) in her latest Tiffany’s Epiphanies.