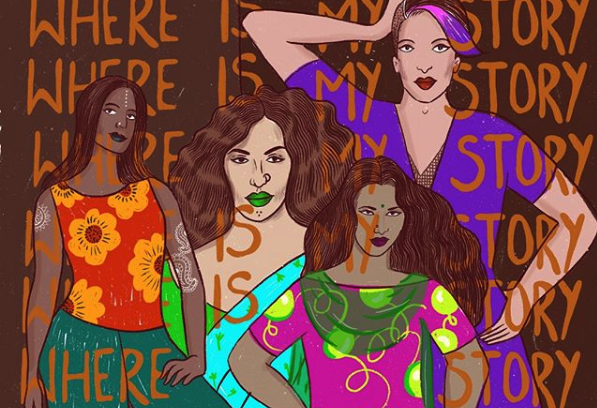 It’s been a week, y’all. This week is International Women’s Day and the kickoff of Women’s History Month, and there have been lots to celebrate — and to mourn. Also, we’re officially over old white dudes dominating our history and our politics.

In celebration of Women’s History Month, TIME has re-designed 89 of their covers from the last hundred years to feature Women of the Year (of the remaining eleven years, women were actually chosen as the TIME Person of the Year).

It’s a stunning look back at fierce women throughout the last century, including our own Alicia Garza, along with her colleagues Patrisse Cullors and Opal Tometi, are the women of 2013 for their work founding the Black Lives Matter movement. The brilliant Brittney Cooper wrote the piece for 2014’s profile, who is none other than Beyoncé herself.

We’re also appreciating the project’s introductory piece by Yale professor and trans historian Susan Stryker about what it means to be a woman, which in our opinion, is required reading for Women’s History Month––especially for cis allies.

Although the month isn’t all celebratory, as many are feeling the sting of Senator Elizabeth Warren’s departure from the 2020 presidential race. Aimee Allison said in The New York Times when the news hit, “She really comes up as the first white candidate for president who had an intersectional politics.”

FRESH perspectives on the gender dynamics at play included a brilliant Twitter thread by Brittney Cooper and articles by Samhita Mukhopadhyay at Teen Vogue and Jessica Valenti.

On another sad note, Rosalind P. Walter, the first woman to inspire the Rosie the Riveter archetype, died this week at age 95. You can read the story of how she became Rosie (and how she went on to become one of PBS’ largest-ever donors), in her New York Times obituary.

If you need some cheering up after all that, how about a reminder that the young women and girls of the upcoming generation are totally kicking ass and taking names?

Mari Copeny, aka “Little Miss Flint,” is still at it. Recently, she partnered with a water filtration company and has been fundraising to bring water filters to communities in Flint and across the nation who are affected by toxic water.

Nonprofit She’s The First is encouraging girls around the world to dream big with their #FutureMe campaign for International Women’s Day. Read the ambitions of four girls from Bududa, Uganda and support the campaign here, or share your own story of childhood dreams and how you got where you are now using the #FutureMe tag.

Keep dreaming of a better future by taking a tour of the UN’s utopian Equiterra, “where gender equality is real.”

Our reFRESHing Talk of the Week is FRESH speaker Alaa Murabit’s TED Talk about what Islam really says about women.

Linda Sarsour’s book We Are Not Here To Be Bystanders: A Memoir of Love and Resistance came out this week. You can buy it here!

Jamia Wilson also had a new book come out this week. Big Ideas for Young Thinkers, illustrated by Andrea Pippins, is available here.

Veronica Chambers was interviewed by Ms. Magazine about her book, Queen Bey: A Celebration of the Power and Creativity of Beyoncé Knowles-Carter.

Nilofer Merchant wrote for Marker about balancing needs and desires in career opportunities.