And The Heat Goes On – The reFRESH

Art by FRESH Speaker Amanda Phingbodhipakkiya as part of an initiative with NYC Health + Hospitals Arts in Medicine program to create murals for healthcare centers around New York City.

This week we’re riding out the heatwave meteorologically, politically, and culturally.

What we’re checking out

Many parts of the United States were riding an extended heatwave until the destructive Hurricane Isaias brought a temporary cold front, but the heat, the hurricanes, the increased rainfall, and increased droughts are not going away anytime soon. In some parts of the world, extreme weather is already forcing people to leave their homes for more temperate living conditions. Read more about “The Great Climate Migration.”
As we await the announcement of Joe Biden’s vice-presidential pick, Jessica Valenti writes about how this vetting process is a microcosm for the scrutiny and double standards women are constantly subject to.
ICYMI this longread from The Atlantic on how America was defeated by the pandemic is absolutely worth your time.
One fallout from the pandemic: women–particularly women of color–are experiencing a worse economic recession than men, with many long-lasting consequences.
The nonprofit Girls Leadership released a new study showing that young Black and Latinx girls are ready to lead, but that their schools largely do not support them. Help change that and create a better future for girls by reading the rest of the report and getting involved with Girls Leadership.

While it’s easy to focus on the issues and opinions that divide us, two men from opposite sides of the political spectrum recently traveled the U.S. together and say the nation is more united than it may seem.
Esmerelda Bermudez asked people on Twitter what jobs their parents had that enabled them, their children, to have the lives they enjoy today. Bermudez collected the responses, predominately featuring working-class and immigrant parents, in a poignant article for The LA Times.
Looking to get away safely before the summer wraps up? FRESH Speaker Joah Spearman’s travel company Localeur will build you a personalized road trip itinerary for an adventurous, but socially-distant trip.

Our reFRESHing Talk of the Week is Dr. D-L Stewart’s newly premiered TEDx Talk about the ways race and gender have historically intersected to dehumanize black trans people.

Amanda Phingbodhipakkiya has announced her latest project, a multiyear public art series in partnership with the Heising-Simons Foundation celebrating women in science, called FINDINGS. The murals will be appearing in cities throughout the US and will also feature an AR app providing more context about the concepts and women illustrated in the mural. You can follow along on Instagram at findings.art.

Mychal Denzel Smith’s book, Stakes Is High: Life After the American Dream, comes out on September 15th. You can read an excerpt now in The Atlantic and preorder the book here.

Samhita Mukhopadhyay wrote for The Atlantic about a possible cultural change post-pandemic: less of a stigma around not having kids. 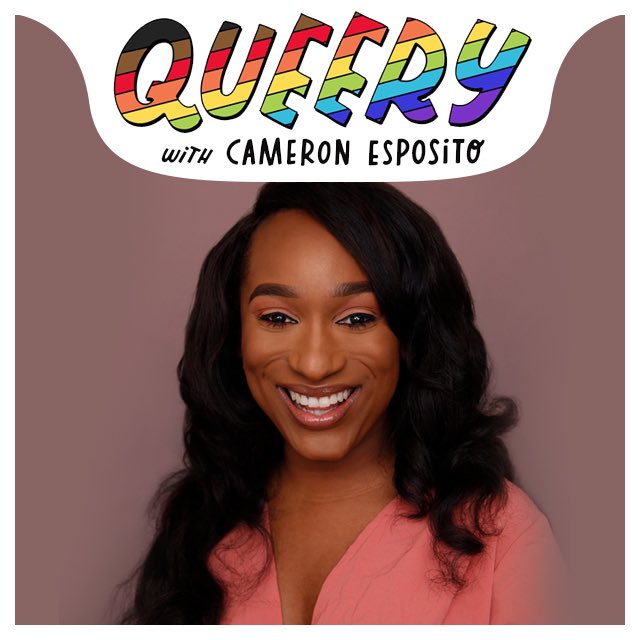 Ann Friedman and her co-author Aminatou Sow were guests on Anna Sale’s Death, Sex, and Money.

Simran Jeet Singh interviewed Rebecca Parson, who would be the first woman and first queer person to represent her district in Seattle if elected in November.