Gratitude Through Acknowledgment – The reFRESH 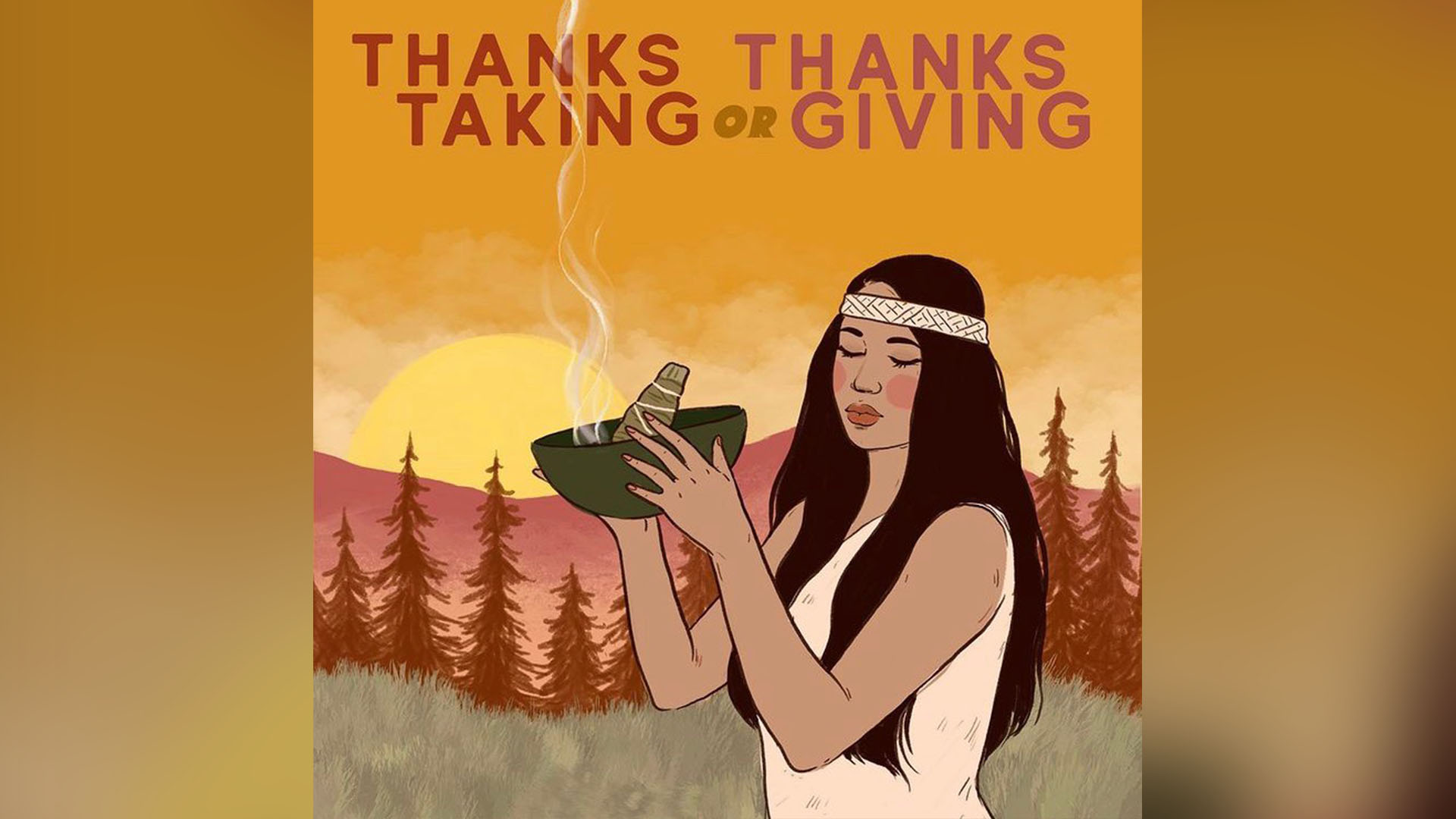 Art by @artbyciara for the All My Relations podcast

In this special early edition of the reFRESH, we’re acknowledging the complexity and heaviness of this week’s holidays, and of the year overall, but finding strength in shared narratives.

While every day is a good day to practice being a better ally to Indigenous people, this week’s National Day of Mourning and Native American Heritage Day are two particularly good days to revisit active allyship.

We have two podcast recs for you this week. First, the latest episode of Imara Jones’ TransLash podcast with guests Representative Deb Haaland and Geo Neptune, the first out Two-Spirit, non-binary and trans elected official in Maine.

Second, this episode of Matika Wilbur and Adrienne Keene’s All My Relations podcast, which features Wampanoag scholars Paula Peters and Linda Coombs discussing their Indigenous perspectives on Thanksgiving.

In all likelihood, if you do celebrate, you already have your Thanksgiving plans set. But this op-ed from Priya Parker may lend you some much-needed reassurance or last-minute tips.

And no matter what or how you’re celebrating this weekend, take a few minutes to peruse this thread from United Farm Workers. They share videos and drop facts about the process, and the people, behind some favorite holiday dishes.

See and hear from parents around the country about how the pandemic has affected them, and what they’ve done to cope, in this striking piece from The New York Times.

If you haven’t already, take some time to watch the documentary Disclosure on Netflix, which tracks the history of trans representation throughout the history of American cinema. You can pair your viewing with this op-ed from Adrian L. Jawort, who shares her impression of the film, and of Two-Spirit media representation in general, from her perspective as a Cheyenne Hemaneh.

For the reFRESHing Talk of the Week, we’re bending the rules to share this music video from Portugal. The Man featuring Acosia Red Elk, The Last Artful Dodgr, and Weird Al Yankovic (in an uncharacteristically serious role). Created in honor of Indigenous Peoples’ Day and in collaboration with Indigenous artists, the haunting and powerful video is meant, in part, to raise awareness for the band’s foundation, which supports different Indigenous projects or initiatives each month.

Veronica Chambers’ book Finish the Fight! The Brave and Revolutionary Women Who Fought for the Right to Vote was named one of the Best Children’s Books of 2020 by The Washington Post.

Anna Sale has a new book coming out in May! You can preorder Let’s Talk About Hard Things here.

Franklin Leonard shared his knowledge on the Masters of Scale podcast.

Simran Jeet Singh’s latest for Religious News Service has advice for the incoming administration on how to reduce the number of hate crimes in the U.S.

Emily May appeared as a guest on the inaugural episode of the Diverse Mobility podcast to discuss her work with Hollaback!