On Victories & Accountability – The reFRESH

This week, we’re acknowledging the hard-fought victories that were won this week and examining the path forward after Wednesday’s storm on the US Capitol.

Hours before the attempted coup at the US Capitol, millions of people woke up on the morning of the sixth with a renewed sense of hope: Reverend Raphael Warnock and Jon Ossoff had won their respective elections in Georgia, securing a Democrat majority in the Senate.

Their victories are history-making, especially Warnock’s. The senior pastor at the historic Ebeneezer Baptist Church in Atlanta––where both Dr. Martin Luther King Jr. and Representative John Lewis attended––, Warnock will be Georgia’s first Black senator. Ossoff, the Jewish son of an immigrant, will be the youngest senator elected since President-Elect Joe Biden in 1973, and the first Millennial senator.

Much of the credit for these victories lies in the years of groundwork and unceasing effort of Black organizers and other organizers of color in Georgia. LaTosha Brown, the co-founder of Black Voters Matter, spoke with NPR’s All Things Considered about their efforts and the work left to do.

And on the latest episode of her Undistracted podcast, Brittany Packnett Cunningham interviewed America Ferrara, who helped rally Latinx voters in Georgia––both of them reminding us that we can’t let Wednesday’s subsequent events bury our celebration of the hardworking activists who ensured these victories.

In light of both the siege on the U.S. Capitol and the victories in Georgia, Roxane Gay and Rebecca Traister wrote about possible political paths forward. Read Gay here in The New York Times and Traister in The Cut. 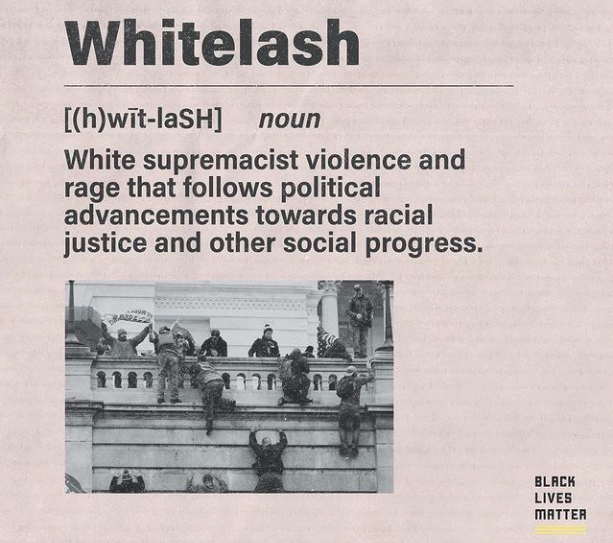 What happened on the sixth was not an aberration. And what is said online is not merely pixels on a screen. Andrew Marantz writes for The New Yorker about how we must reckon with the truth of realities too many have tried to ignore for too long.

If you’re curious to understand more about the culpability of social media platforms, there’s this article from the MIT Technology Review that tracks their inaction over years despite repeated alarm bells rung by activists, researchers, and employees––as well as this searing insight from journalist Ryan Broderick’s latest newsletter. 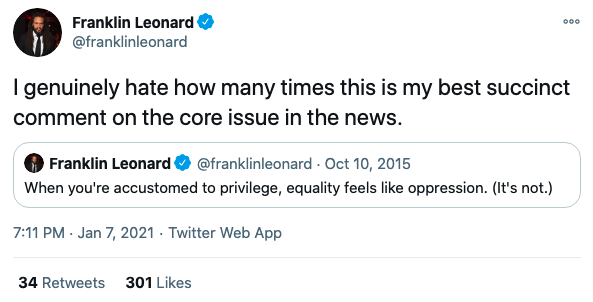 After public pressure, Simon & Schuster announced it would be pulling an upcoming book by Senator Josh Hawley from publication. Author Preeti Chhibber shared this 2019 article by former publishing professional Maris Kreizman about why that’s a pretty rare move.

Our reFRESHing Talk of the Week comes from Brittany Packnett Cunningham’s Thursday appearance on MSNBC’s The ReidOut. Yes, Cunningham is all over this week’s newsletter, but she was also on fire this week. Here’s her powerful speech about the intentional choices that led to this week’s events.

And since you may need a dose of humor after all of that, here, from McSweeney’s Best of 2020, is a satirical piece that illustrates the importance of diverse and responsible representation in literature.

Brittney Cooper shared her perspective on MSNBC’s The Beat with Ari Melber and also reminded us of the hard-fought victories in Georgia, and the context therein, in TIME.

Jimmie Briggs wrote “The Unbearable Whiteness of Storming the Capitol” for Vanity Fair. 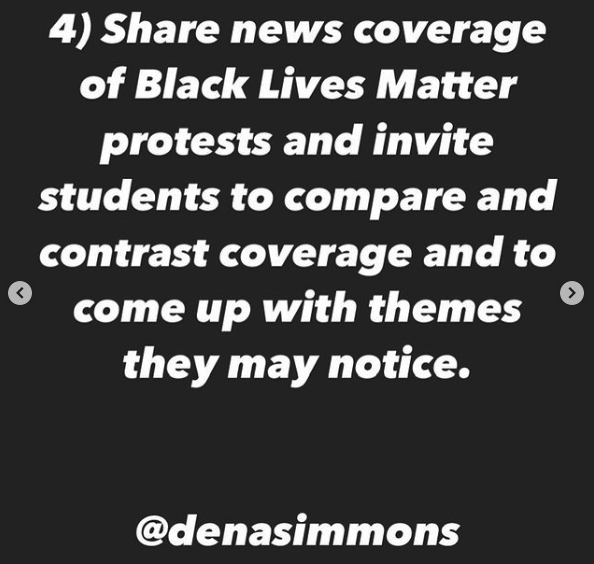 One of Dena Simmons’ suggestions for educators. Click here to see them all.

Simran Jeet Singh wrote “If the mob’s attack on the Capitol surprised you, you weren’t paying attention” for Religion News Service.

And Dena Simmons shared some practical tips for teachers, some of which we think can double for parents this week.