Facing The Change – The reFRESH 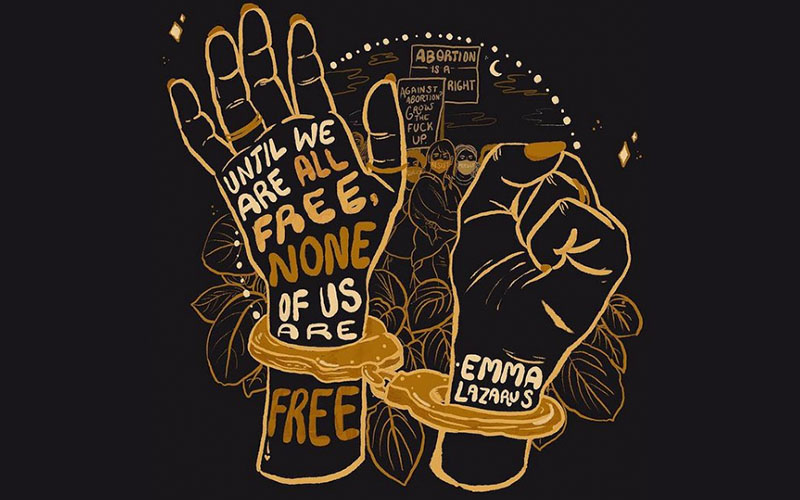 Art by Caitlin Blunnie, made in solidarity with Polish abortion activists. Learn more about what’s happening in Poland and how to get involved here.

This week, we’re keeping the bigger picture in focus and acknowledging strides, but not forgetting the many issues and communities at risk of being forgotten following the collective sigh of relief last month.

In a wide-reaching conversation, Michelle Obama interviewed Amanda Gorman about the current state of Black art, being a Black woman in the public eye, the role of activism in art, and much more. Here’s one of our favorite lines from Gorman from the interview: “I’m learning that I am not lightning that strikes once. I am the hurricane that comes every single year, and you can expect to see me again soon.”

The Golden Globe nominations were announced this week and, while there was a record-breaking number of women nominated for Best Director, the lineup left much to be desired in terms of racial representation. Most egregiously, not a single Black woman was nominated for an acting award despite a wealth of talent on screen last year. Eric Deggan shared more for NPR.

Speaking of a lack of representation, there have only been 19 Black CEOs in the Fortune 500’s history.

Writing in The New York Times, Rabbi Elliot Kukla discusses how ableism contributed to the unmanageable spread of coronavirus and continues to leave us as a nation unequipped to sufficiently handle future crises––medical, environmental, or otherwise.

We’re clearly fans of newsletters and, if you’re reading this, you probably are too. So please enjoy this meditation on the growing trend of newsletters as a medium via a medium that is not a newsletter, but is beautifully illustrated.

Looking for ways to celebrate Black History Month? Start a Little Diverse Free Library! Or, buy books from a Black-owned bookstore and help add more Black voices and anti-racist literature to an existing Little Free Library in your community. 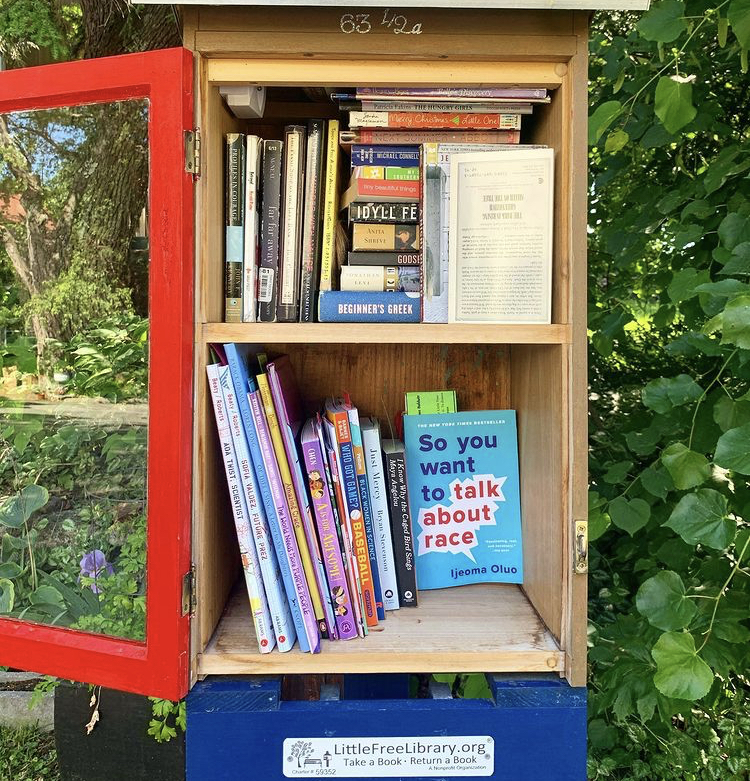 An example of a Little Free Diverse Library

The Farmers Protest in India continues. If you want to stay in the loop, we recommend following FRESH Speaker Simran Jeet Singh on Twitter who has been amplifying resources and offering his own analysis. You can also go to farmerprotests.carrd.co to learn more and take action.

Our reFRESHing Talk of the Week is a little different than usual. Instead of a traditional talk, we wanted to highlight Representative Alexandria Ocasio-Cortez’s recent Instagram Live video about what happened at the US Capitol on January 6th. By sharing her own story, of the insurrection and of being a survivor of sexual assault, Rep. Ocasio-Cortez spurred a much-needed national conversation about trauma and the need for accountability of enablers of violence.

Alicia Garza is all over the place. She contributed to the Four Hundred Souls collection edited by Ibram X. Kendi and Keisha N. Blain. Her likeness was made into an AR statue by Color of Change. And the Black Lives Matter movement, which she co-founded, was nominated for a Nobel Peace Prize. Congrats, Alicia!

Elle Hearns was profiled in Forbes about her founding of the Marsha P. Johnson Institute.

Chloe McKenzie wrote about why it’s so crucial to name your financial trauma during negotiations.

Learn more about The Pedestal Project.

Brittney Cooper, along with Joanne N. Smith, wrote about the ways in which New York City can honor Black women’s voices.

Alaa Murabit was profiled about her work and how the pandemic has adversely affected women in Forbes.