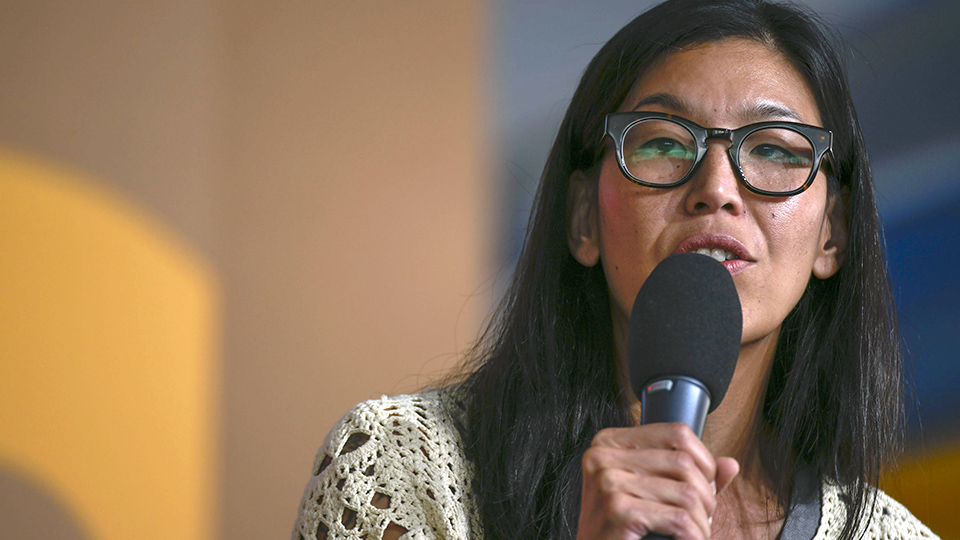 Ai-jen Poo has reinvented labor organizing. As co-founder and Executive Director of the National Domestic Workers Alliance, she and her collaborators (domestic workers and their employers) passed Domestic Worker Bills of Rights in 9 states and two cities, bringing over 2 million home care workers under minimum wage protections. This campaign has become a template for the nation, not just for domestic workers, but for increasing numbers of people working in the gig economy. One of the first labor activists to warn about the devastating impact of COVID-19, Poo has become a leading voice pushing federal, state, and local legislators to center domestic workers in ongoing recovery efforts. Under her leadership, the National Domestic Workers Alliance launched the Coronavirus Care Fund, raising $20 million in emergency assistance for domestic workers in need in just the first month.

Today, Ai-jen is the Director of Caring Across Generations, which is ensuring access to affordable care for the nation’s aging population and access to quality jobs for the caregiving workforce. In 2019, along with Cecile Richards and Alicia Garza, Poo co-founded SuperMajority, a new home for women’s activism dedicated to training and mobilizing a multiracial, intergenerational community to fight for gender equity together. She is the author of the celebrated book, The Age of Dignity: Preparing for the Elder Boom in a Changing America, a MacArthur Fellow, a Senior Advisor to Care in Action, and was named to TIME Magazine’s list of the 100 Most Influential People in the World. She has spoken at the Obama Summit, and accompanied Meryl Streep down the red carpet at the Academy Awards as part of the #timesup movement. Audiences feel called to their better angels in Ai-Jen’s presence–she is both fiercely political and strategic, and unmistakably gentle and inclusive. Her courage is contagious.

Combining a deep understanding of the complex tangle of human relations around domestic work with keen strategic skills, Poo has created a vibrant, worker-led labor movement.

In the work of organizing we always say that a victory isn't a victory if no one feels it’s theirs. And if you want change, you have to first envision it, and then name it to summon it into existence.