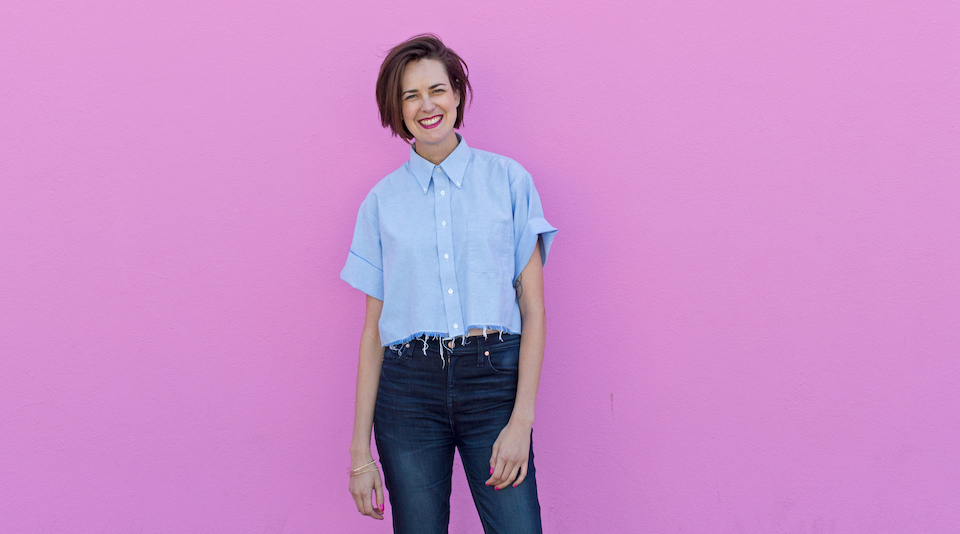 Ann Friedman is a journalism centaur–one part online and hip as hell (see her hand-drawn piecharts and Call Your Girlfriend podcast), one part experienced and super serious editorial (she got her start at The American Prospect). No wonder that the Columbia Journalism Review named her one of 20 women to watch and The New York Times‘ media critic David Carr said Ann’s newsletter was a must: “Tough to explain, easy (and enjoyable) to read. You won’t be sorry.” She writes a regular column about politics, culture, and gender for New York Magazine, as well as contributing to The New Republic, The New Yorker, ELLE Magazine, The Guardian, Los Angeles Magazine, Newsweek, among others.

Ann does a lot of public speaking, often at journalism and design conferences, but also at colleges and universities. While she hates to leave her excellent little bungalow in Los Angeles, she loves to free people up from fear of things like getting fired (she made major lemonade after GOOD laid off her and her staff), criticism (see her infamous disapproval matrix), and competition (see her “shine theory”).

Ann is a hilarious and insightful speaker. Her talk got rave reviews around the office, and it motivated our team to get back to work. Her down-to-earth, conversational style will leave you charmed and inspired.

Call Your Girlfriend is like Lena Dunham’s Girls without the white, middle-class privilege. It’s Friends with a social conscience. It’s clever, it’s warm and it’s funny.