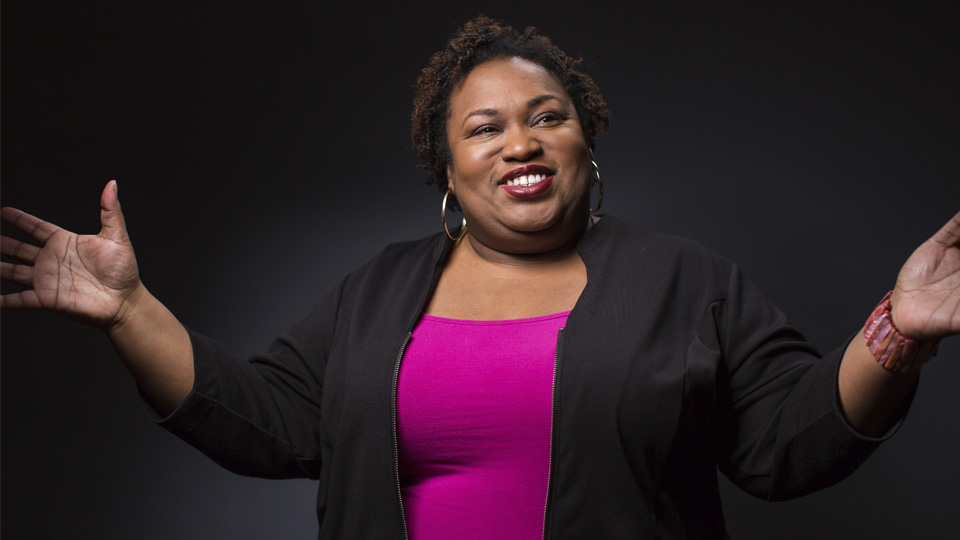 There’s no denying it: Brittney Cooper has risen to become one of the most prominent Black feminist thought leaders of her generation. Also known as “Professor Crunk,” she is the co-founder of the infamous blog Crunk Feminist Collective, and the author of the bestselling book, Eloquent Rage: A Black Feminist Discovers Her Superpower. In her day to day, Brittney brilliantly navigates the worlds of academia and media, as an Associate Professor of Women’s & Gender Studies and Africana Studies at Rutgers University, and a regular TV commentator, her appearances including The Melissa Harris-Perry Show, All In With Chris Hayes, and Al Jazeera America. Her work and words have been featured in nearly a dozen publications, including The New York Times and New York Magazine. In both 2013 and 2014, she was named one of The Root 100, an annual list of top Black influencers. Her other book, Beyond Respectability: The Intellectual Thought of Race Women, looks at Black women’s thought leadership in the U.S., and makes a call to reinvigorate contemporary scholarly and popular conversations about Black feminism.

As a widely-sought speaker visiting universities and conferences across the country year-round, Brittney’s words on stage are infectious. She’s a true educator that brings wit, ingenuity, and passion to her keynotes as she tackles contemporary issues on race, feminism, pop culture, and the media. You walk out of her keynotes feeling exhausted in the best of ways: like you’ve just witnessed the words of one of the coolest geniuses you’ll ever meet. Trust us, she is.

From Gaza to Azalea, Brittney Cooper always offers a fearless take on race and gender.

These are scary times. They are times for rage. Time for telling the truth. Time for ripping the band-aids off our gaping wounds. Time to recognize that we can neither heal nor fix that which we will not confront.