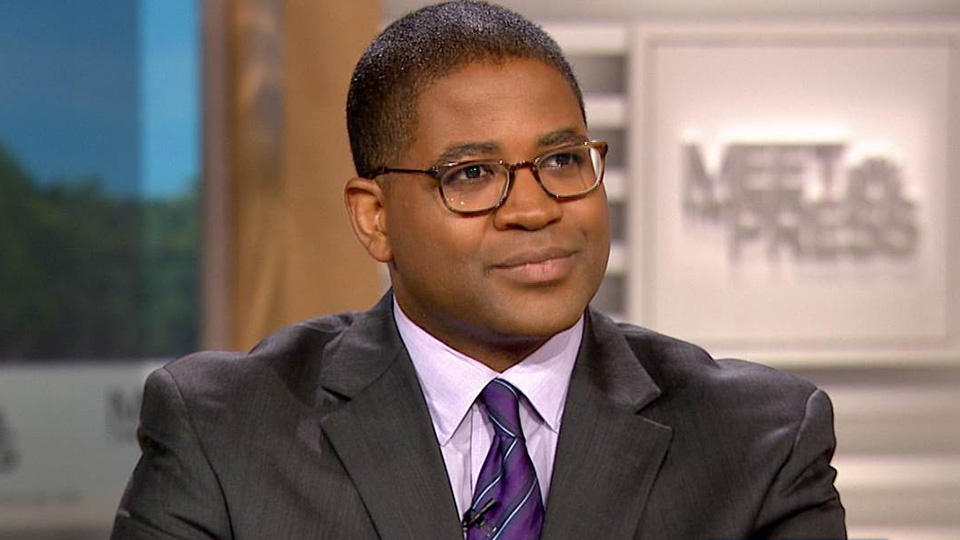 Jamil Smith is committed to tough truth in these transformative times.Over and over again, Smith leverages his influence to get the undiscovered story or surface the forgotten angle on one that everyone is talking about. He is currently a Senior Writer for Rolling Stone, where his writing focuses on politics, race, and gender. Formerly, he was a Senior National Correspondent at MTV News, a Senior Editor at The New Republic magazine, and a segment and digital producer for the Melissa Harris-Perry Show and The Rachel Maddow Show. He was also the host of Intersection, The New Republic’s first podcast, which examined identity at all the complex crossroads of American life. His critical work and voice earned him three Emmy Awards, and over 100K Twitter followers.

Whether he’s calling out police violence in his beloved hometown of Cleveland or celebrating the power of Black Panther, Jamil’s analysis is full of heart and hope. He loves speaking to audiences that are engaged in the biggest questions of our day: Where do popular culture–sports, music, Hollywood–and social justice collide? How is the Black Lives Matter movement going to create structural, long-term change? Where is the new frontier of radical activism?

Smith hits on cultural touch points from campus rape to the Rev. Al Sharpton, banging out a nice mix of opinion, headlines and original reporting.

[The media doesn’t] have enough people of color--people who have actually had the lived experiences that they’re reporting on--in their newsrooms to offer the perspective that they need.