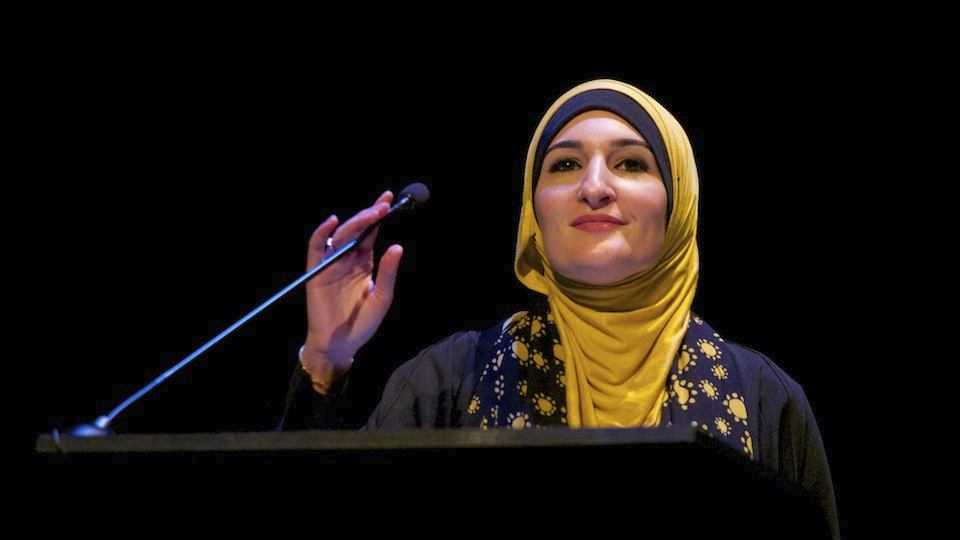 Linda Sarsour was the co-chair of the largest single-day protest in U.S. history: the Women’s March on January 21, 2017. The Washington March drew 440,000 to 500,000 people, and worldwide participation has been estimated at five million—a critical mass inspired by the vision of a world shaped by intersectional feminist leadership. Long before that, however, this Palestinian-American-Muslim community organizer, social media maverick, and mother of three was rabble rousing with remarkable effectiveness on criminal justice reform, racial justice, and civil rights. Linda, for example, led the successful, progressive coalition to close New York public schools for the observance of two of Islam’s most important holy days, Eid al-Fitr and Eid al-Adha.

She is the co-founder of Muslims for Ferguson, and the co-founder of MPower Change, a grassroots movement of Muslim Americans working to build social, spiritual, racial, and economic justice for all people. She is also the former Executive Director of the Arab American Association of New York. Her message to audiences is centrally about fearlessness and collective imagination—the two forces that animate the way she moves through the world, whether she’s being arrested on the frontlines of a protest or coalition-building with unlikely allies. She is an embodiment of wise ferocity.

Always stand for what you believe in because someone in a future generation is counting on you.