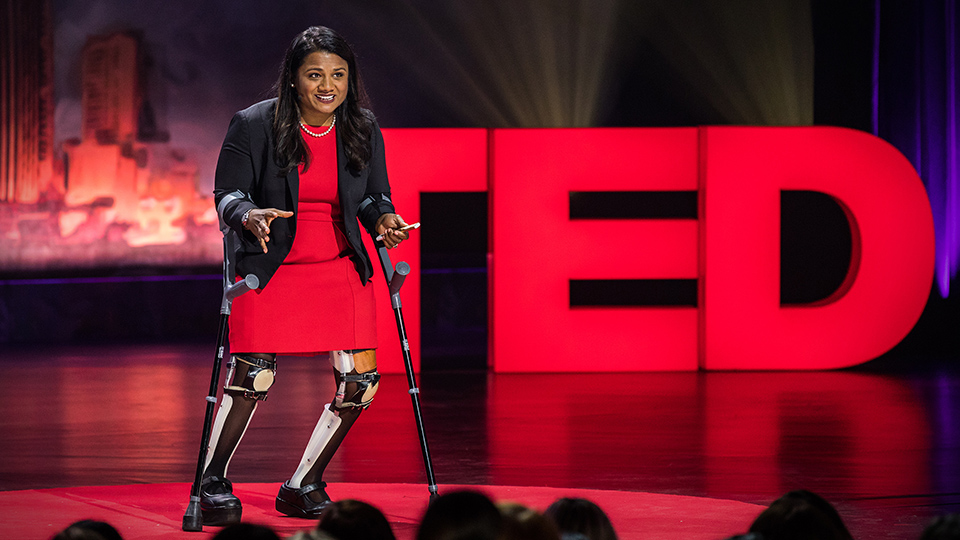 As an infant in India, Minda Dentler contracted polio, resulting in the paralysis of her legs and was left in the care of an orphanage. Adopted by an American family, she moved to Spokane, Wash., and underwent a series of surgeries, which enabled her to walk with leg braces and crutches. When she discovered the sport of handcycling as a teenager, she was hooked. Before long, she was doing triathlons, and, in 2013, Minda became the first female wheelchair athlete to complete the Ironman World Championship.

Today, she travels the world speaking about her journey, especially her failures, and encourages others to face whatever their personal Ironman might be. Her story is exceptional, but it is her warmth and humor that really stays with people long after she’s graced the stage. For Minda, it’s not about athletic excellence, but human resilience. We are all capable.

What an inspiration! To see Minda identify, adapt, overcome & accomplish her dreams is beautiful and amazing!

Minda is extremely moving! She touched my heart and my soul. Unbelievable!