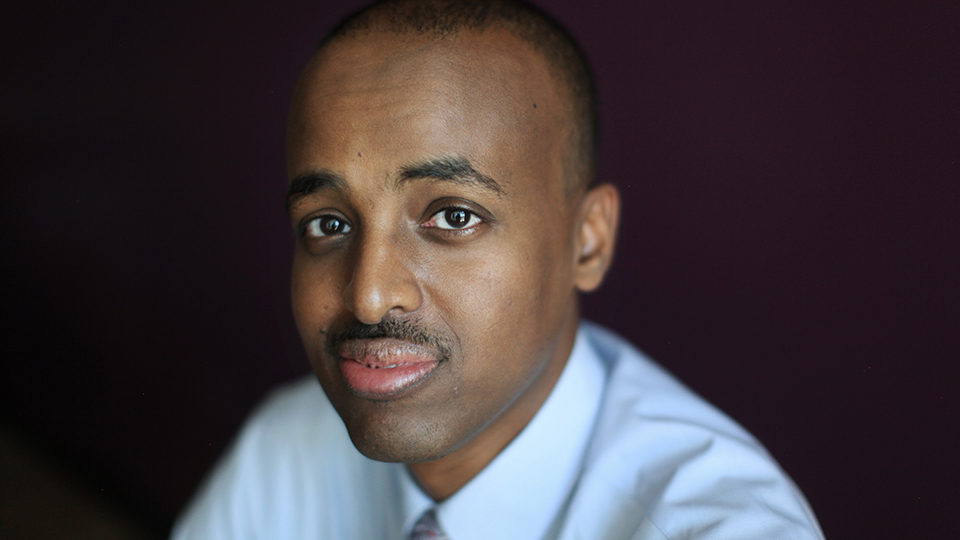 Mohamed Ali is fighting terrorism with an unlikely weapon: entrepreneurship. He was born in Mogadishu, Somalia, where he spent his childhood before he and his family were displaced as a result of civil war. Mohamed pursued a law degree so he could advocate for the legal and human rights of refugee populations, returning to Somalia to found the Iftiin Foundation, an organization that supports young entrepreneurs to create a culture of peace and innovation in Somalia and other post-conflict countries. He was among the inaugural class of Aspen New Voices Fellows, a partnership between The Aspen Institute and The Bill & Melinda Gates Foundation.

In 2012, Mohamed spoke alongside Secretary Hillary Clinton, who recognized him as an exceptional young Muslim leader. His TED talk on the link between unemployment and violence has been watched over 800,000 times to date. A lot of people have a lot to say about the threat of terrorism in our increasingly small world; almost no one can speak to the solutions like Mohamed. His experience on the ground, coupled with his thoughtful presence, make for a moving keynote at conferences on business, entrepreneurship, and security. His studied optimism is also infectious for college students.

Entrepreneurship is more than just starting up a business. It’s about creating a social impact.

Human rights advocate Mohamed Ali draws on stories from his native Mogadishu to make a powerful case for innovation incubators for our cities' young and ambitious.