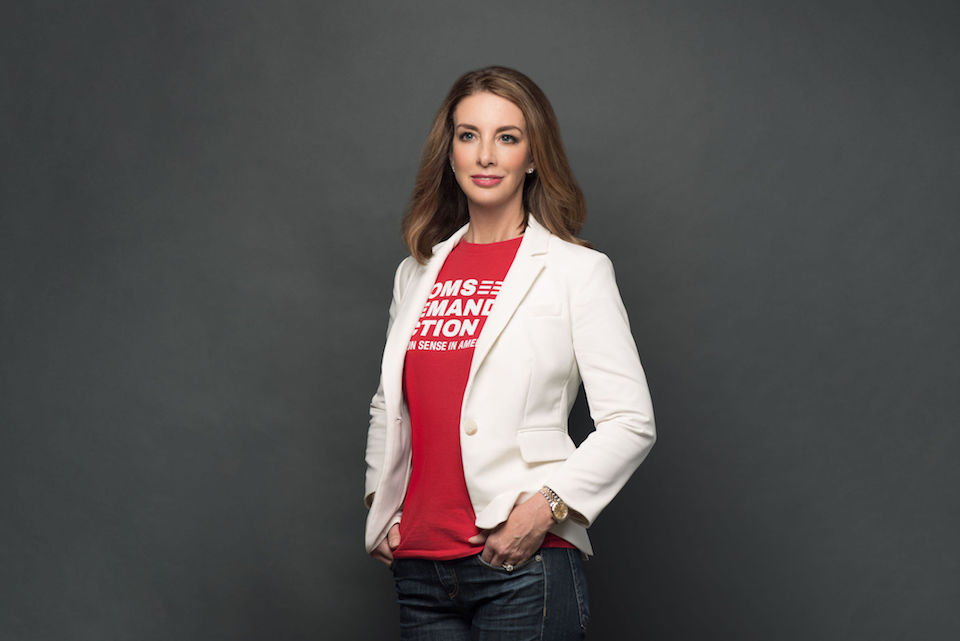 Shannon Watts, then a stay-at-home mom, started a Facebook group the day after the 2012 Sandy Hook tragedy to say enough is enough — Americans can and should do more to reduce gun violence. It was just what the angry, grieving public was looking for, and became Moms Demand Action for Gun Sense in America, now a leading force for gun violence prevention.

Today, the organization has chapters in all 50 states and a powerful grassroots network of moms that has successfully effected change at the local, state and national level. In 2013, led by Shannon, Moms Demand Action partnered with Mayors Against Illegal Guns to form Everytown for Gun Safety, a nationwide movement of millions of Americans working together to end the epidemic of gun violence.

Shannon is also an active board member of Emerge America, one of the nation’s leading organizations for recruiting and training women to run for office. She believes politics will make the biggest difference in helping women bring about the positive changes they want to see in this country.

Shannon is the author of Fight Like A Mother: How a Grassroots Movement Took on the Gun Lobby and Why Women Will Change the World. Her writing has also appeared in Vogue, Refinery 29, Time, The Washington Post, The Hill, and others, and she has inspired audiences in a wide variety of settings; whether it be political conventions, corporate conferences, or universities, this is an issue that every community needs to address.

There is nothing more powerful than a mother on a mission - and Shannon perfectly explains why. This mother has fought to lay the groundwork for one of America's largest movements for gun violence prevention.