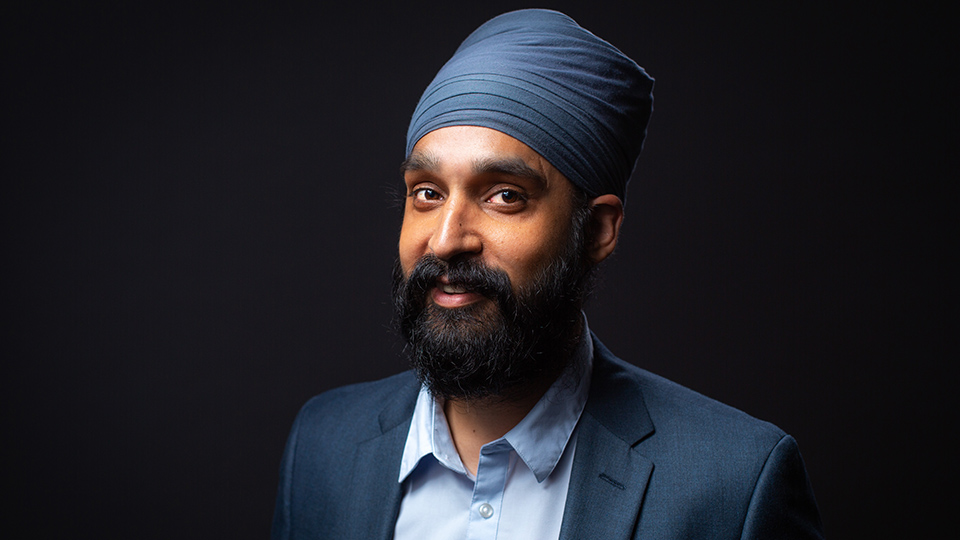 Dr. Simran Jeet Singh is an educator, writer, activist, and scholar who speaks regularly on issues of diversity, inclusion, religion, race, equity, and hate violence. He is currently based at New York University‘s Center for Religion & Media and at the Sikh Coalition, a national civil rights organization. Simran holds graduate degrees from Harvard University and Columbia University, and he’s also a columnist for the Religion News Service.

While he is an accomplished professor, Simran uses personal stories, dad-jokes, and his love for pop culture to connect with people where they are. That’s because he understands that marginalized groups will not lecture their way into dignity and that empathy is really built when people get to know each other as human beings.Simran connects with a diversity of audiences by bantering on Twitter (where he has 60,000+ followers), doing on air commentary on programs like The Daily Show with Trevor Noah, and, most recently, writing a children’s book to be published by Penguin’s new imprint, Kokila. Audiences are disarmed by Simran’s humor and inspired by his hopeful vision for a more loving, peaceful world.

In a time when constant dehumanization ails our society, humanizing and caring for one another has to be part of our remedy.