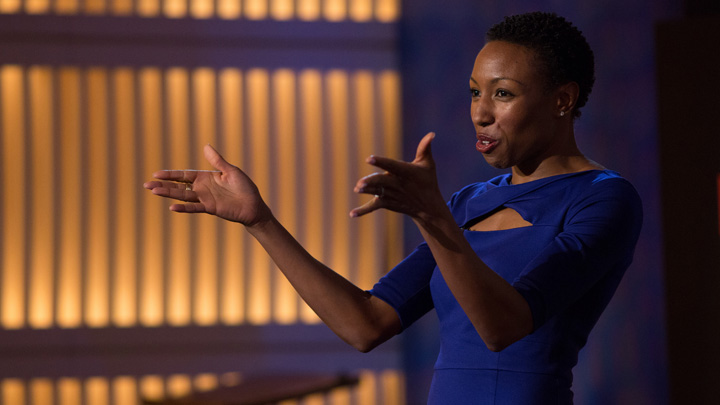 Named as one of 19 “women who are leading the way” by The Huffington Post—in the company of luminaries such as Hillary Clinton and Diane Sawyer—Tiffany Dufu’s life’s work is inspiring leaders to step into their power. Her book, DROP THE BALL: How Women Can Achieve More by Doing Less (Flatiron/MacMillan), was published in February 2017. Gloria Steinem wrote in the foreword, “Drop the Ball is important, path-breaking, intimate, and brave.” She recently launched The Cru, a peer coaching service for women looking to accelerate their personal and professional growth. Previously, Tiffany served as the Chief Leadership Officer of Levo, was a Launch Team member of Sheryl Sandberg’s Lean In Network, and was President of The White House Project, a leadership organization that worked to increase women’s representation in U.S. institutions, businesses, and government. Among many other honors, Tiffany was recognized in Fast Company’s League of Extraordinary Women in 2012, was honored by Mattel in 2011 as one of their 10 Women to Watch, and has been featured in The New York Times, The Seattle Times, and on NPR and Bloomberg TV.

Tiffany is a highly sought-after speaker on leadership, presenting at prestigious events such as Fortune Magazine’s Most Powerful Women Summit and TEDWomen. She lights up any stage that she’s on, with dynamic storytelling and fresh, new perspectives on what it means to be a leader in the world today. Her favorite talks that she loves to give are on the advancement of girls and women’s leadership. She believes, in essence, that “we are the ones we’ve been waiting for.”

Tiffany is a star in the world of women.

Tiffany inspires our understanding that the advancement of women advances all of us.