The Weekly reFRESH: Diversity today and the Constitution’s freedom fallacy 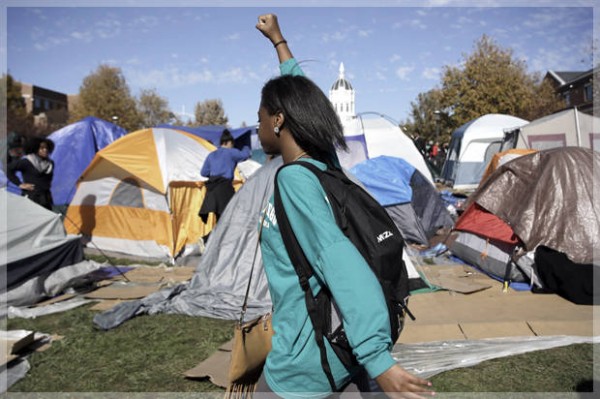 In this week’s edition, Twitter gets called out (again), freedom in our Constitution is not one size fits all, and a champion for diversity retires.

This woman was only trying to get back into her house when 19 cops showed up.

We’re sad to see a champion for diversity, integration and equality like Charleston Mayor, Joseph Riley retire from his position. Here’s hoping that the next mayor can continue his legacy.

After two years of pointing out how unjust it is to only support injustices that focus on boys of color, the White House has finally invested in women and girls of color too.

Twitter’s former news manager quit because of the company’s lack of diversity and outreach to black users. Then he created the very platform that was missing.

This all-white cover of the Hollywood Reporter perfectly proves Hollywood’s diversity problem. But the issue isn’t with the magazine.

When we saw this title we hoped it was originally published in the Onion: ‘White Americans long for the 1950s, when they didn’t face so much discrimination.’

United under one slogan, Black Lives Matter activists disagree about the tactics and approaches that will create real change.

When white freedom is prioritized over black safety we have a major problem. Brittney Cooper illuminates how the freedom outlined in our Constitution is not one size fits all.

In her third episode of Girl Gamers, Latoya Peterson asks, where are all our female heroines?

MASS Design and Michael Murphy’s innovative perspective on architecture was featured in Curbed magazine this week.

Zerlina Maxwell highlights the top 23 things feminist have achieved for women and for us all.

Seems pretty obvious to us that the most effective solution for ending violence against women is women themselves. Julie Zeilinger gives us all the grassroots answers in her latest for Mic.