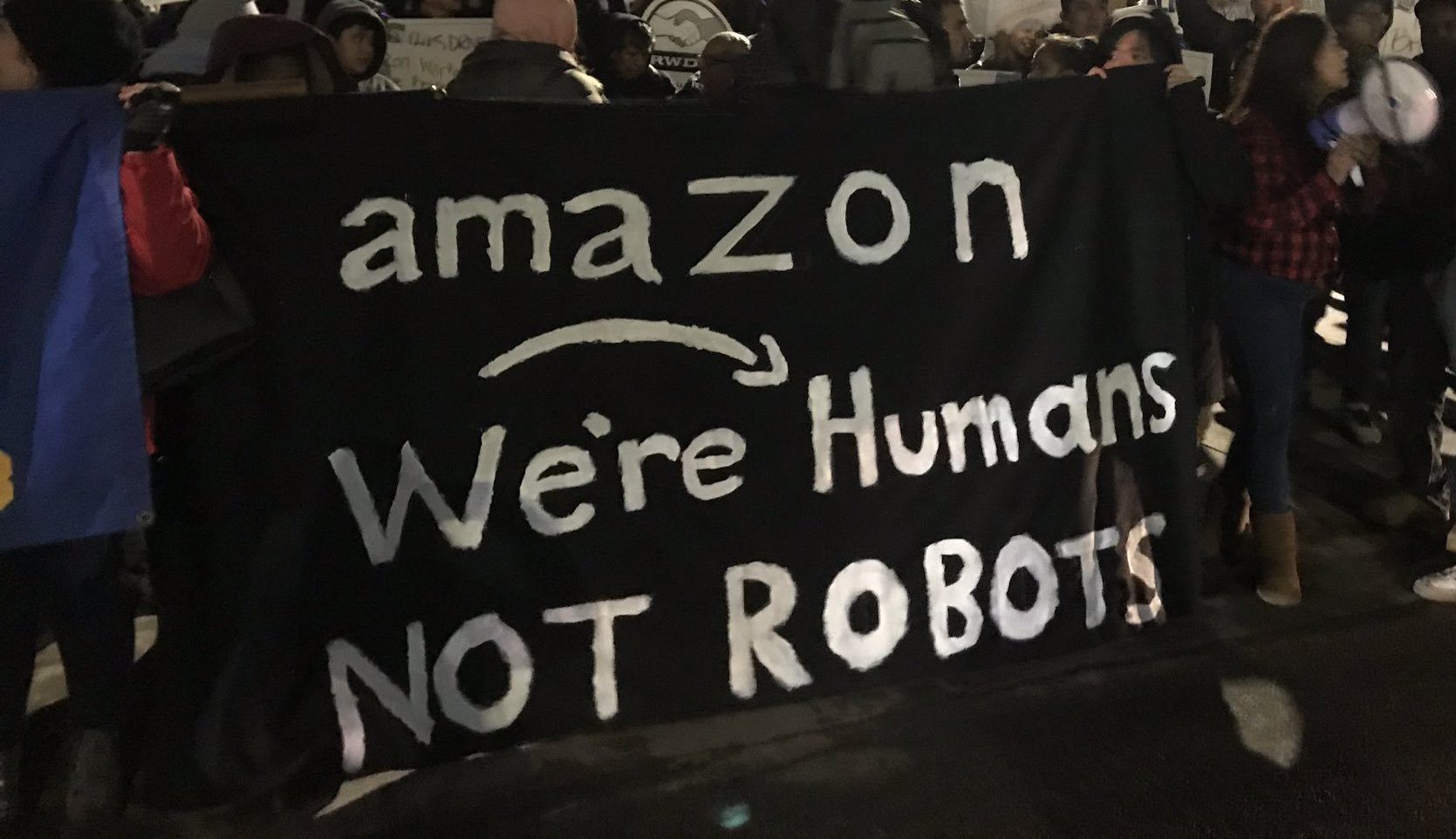 For Black Friday, we’re shifting the focus back to the workers who make it possible as we discuss rights, injustices, and how to help.

Black Friday is here and with it, millions of retail workers around the nation are facing extended hours and customer surges with little to no increase in pay.

While some stores like JCPenny cruelly started their Black Friday sales at two PM on Thursday, others, like REI and Deciem, will be boycotting Black Friday by closing their stores and encouraging employees to spend the time with their loved ones.

It’s not just employees at brick-and-mortar stores who are often overworked and underpaid on Black Friday, of course, and activists are fighting to ensure employees at warehouse fulfillment centers are protected as well.

A new coalition called Athena, made up of over three dozen grass-roots organizations, is taking on Amazon for its working conditions in warehouses, digital surveillance, and more.

This follows a recent internal report from Amazon itself indicating that injury rates at their Staten Island warehouse are nearly three times the industry average.

Speaking of Amazon, musicians have been pulling their music from the platform in a new movement called No Music For ICE. In addition to protesting Amazon Web Services’ contracts with ICE, artists are also raising awareness about the racial profiling extant in Amazon’s facial recognition project.

If you’re lucky enough to not be working this weekend and are looking for a good movie to watch while you kick back, United For Respect, previously known as OUR Walmart, is the subject of a new documentary. Dear Walmart follows the movement of retail workers fighting for dignity and fair treatment.

Retail workers aren’t the only ones working overtime this weekend. Domestic workers––including nannies, house cleaners, and caregivers––will be putting in the hours and often going without the fair pay, benefits, or dignity they deserve.

Led by the National Domestic Workers Alliance (NWDA), activists have introduced a National Domestic Bill of Rights in Congress, which looks to ensure common workplace rights and protections for domestic workers. You can get involved with the NWDA here.

Our reFRESHing Talk of the Week is FRESH Speaker and NWDA Director Ai-jen Poo’s TED Talk about the fight for domestic workers’ rights and fair wages.