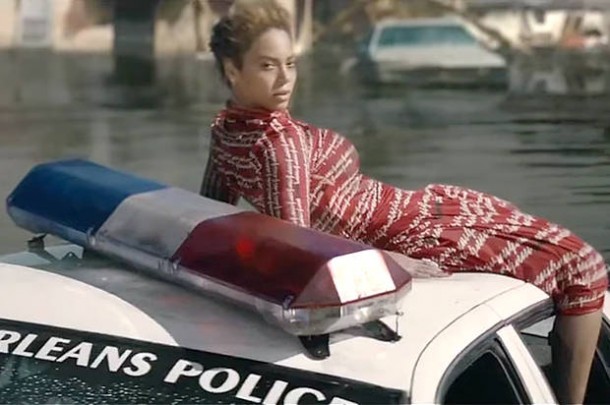 This week’s reFRESH includes a critical look at American football, Beyoncé’s Formation, and a practical start to reparations, one meal at a time.

Want to solve income inequality? Equipay allows you and your friends to split the cost of a meal in accordance with gender and racial income inequalities, so that white men are finally paying what they deserve.

The democratic primary is heating up. Two pieces that caught our eye this week: Michelle Alexander argues  why Hillary Clinton doesn’t deserve the black vote, and Kate Harding on why she wants Clinton to be president.

Beyoncé’s latest song, Formation, is – to put it lightly – a game changer. FRESH friend Syreeta McFadden’s take on the song, and writers discuss at The New York Times. (After which Queen Bey herself sent a thank you note to one of them, Jenna Wortham. And then we all died.)

The truth behind the gender pay-gap: It’s is more than just discrimination.

Check out this great conversation between Gloria Steinem and America Ferrera at the MAKERS Conference. From diversity in Hollywood, to activism, and the presidential election, they cover it all.

A guide from the NHS Gender Identity Development Service on what you can do if you think you might be transgender.

Refreshing Talk of the Week: Josh Healey tells an unexpected personal story (especially to come from a dude) on the Snap Judgement stage.

In an interview with Hanif Willis-Abdurraquib, Mychal Denzel Smith talks about his role as a writer, his shortcomings, and why his upcoming book challenges the typical narrative of Black manhood.

Two of our speakers are moving up in the world: Zerlina Maxwell, has been brought on as new face of Hillary Clinton’s digital outreach, and Jamil Smith who is MTV’s new senior national correspondent. Congrats to both of them on these big moves.

Ann Friedman makes the call for the media (and all of us) to stop pitting women against one another.

Brittney Cooper also discusses Beyoncé Formation on the Melissa Harris-Perry show, saying it invokes the power of Black women standing at the forefront of the Black Lives Matter movement.

Julie Zeilinger explains the frustration of ageism when your ideas are labeled as “cute” no matter how sharp they actually are.

After coming out publicly on national television, Bisi Alimi has continued to be a champion for gay rights in Nigeria.

Jamia Wilson’s endorsement of Hillary Clinton is simple: ‘she walks the talk’.